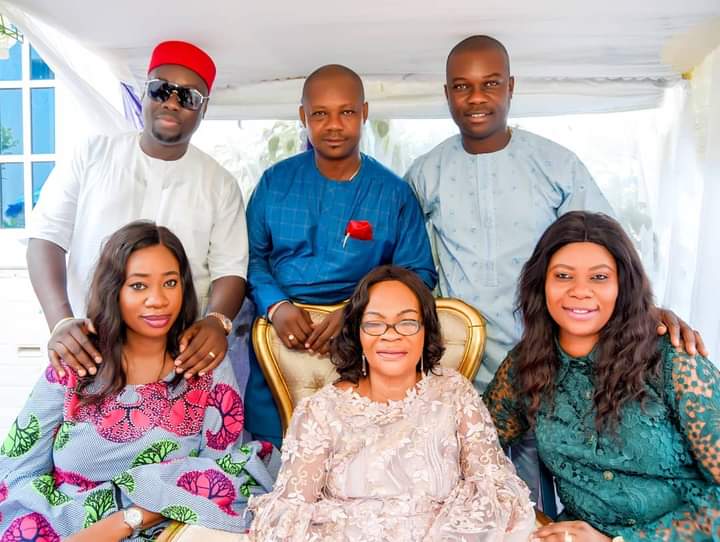 Many have been lost in thoughts while others are still in confusing states, pondering why an aged woman’s burial gulped millions of Naira. A little look into Akaeze family explained every thing.

Obinna Iyiegbu popularly known as Obi Cubana is not the first son of the late Matriarch but the 3rd and last son of his parents. He has other 2 elderly senior brothers who we visibly see around him most at times.

The reasons all the attentions and limelight focus on Obi Cubana alone is because he is the arrowhead to cubana’s empires.. He is a law graduate and started his first business after graduation in a rented hall in Abuja, Ibiza Night Club was his first venture until he expanded to what we know today as Cubanna.

The matriarch is a mother who treated his children and others equally that’s why the other of his brothers are also billionaires who are also members of popular club called De pinnacle International social club, this club before you become a member you must show prove of at least 1 billion naira bank statements, prove of source of income and their constitution states as a member you must attend a member ceremony, be it marriage, party or burial with 500,000 failure attracts fine of 1million naira..

Let’s just cut the story short, Obi Cubana never forget his humble beginning and he knows very well the only time you can call yourself super rich or successful man is when all your siblings are also made and comfortable like you, that’s why he extended his gestures to his siblings and they are all beneficiaries of his wealth.

Some mothers only recognise their children who seem brighter than others, doing well and giving them whatever they wishe as a mother, but not Odoziaku Akaeze, she loved her children equally and also taught his illustrious son how to help not only his siblings but others around him which Cubanna Chief Priest is a protege of Obinna Iyiegbu AKA Obi Yankee. So don’t blame the celebrity bar man for gifting his boss nearly all the cows In Eastern Region (Never forget the hand that once fed you ) he deserves every bit of it…

Don’t consider yourself rich until others related to you become rich as well, my people use to say ‘uto nwanne bu mgbe umu nnegi nile bi Ofuma’ (when all your siblings are doing well)

How Much Salary Is Enough For Good Living In Nigeria?

WhatsApp Hidden Feature Every Android And IPhone User Should Know

There is no big deal there