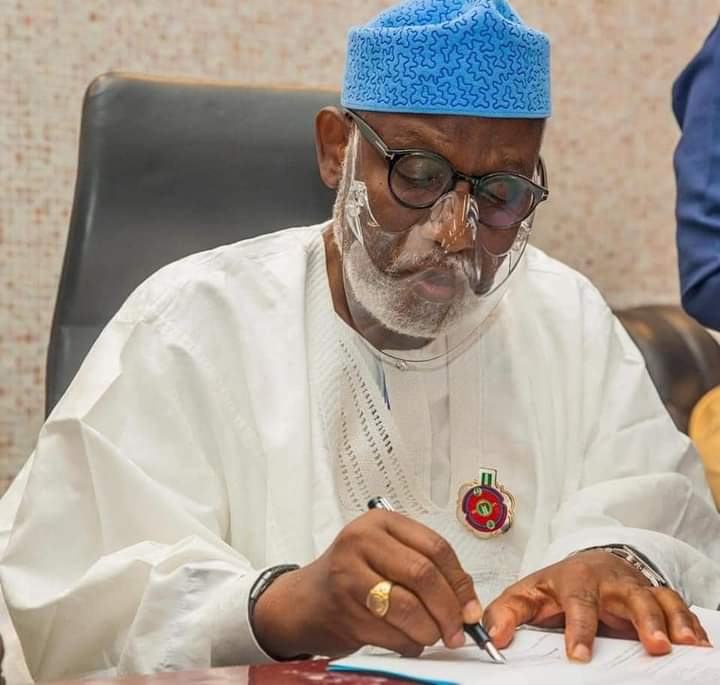 Akeredolu: Southern Governors Will Oppose Any Party That Fields A Northerner

Governor Rotimi Akeredolu of Ondo state on Friday said the Southern Governors Forum will vehemently confront any political party that fields a northerner as presidential candidate in the 2023 general elections.

The governor who disclosed this while featuring as guest on Channels Television programme  monitored by, said the Southern governors from three major political parties of All Progressives Congress (APC), Peoples Democratic Party (PDP) and All Progressives Grand Alliance (APGA) are unanimous in their resolution on zoning of the presidency and will follow it to the letter.

The Southern governors in their meeting in Lagos in July had said the presidency should be zoned to Southern Nigeria in 2023 when President Muhammadu Buhari completes his second term. They also reiterated it at their meeting in Enugu on Thursday.

According to Akeredolu, who is the Chairman of the Southern Governors Forum “If we have anything that we have agreed, that we have unanimity, it is the issue of president in 2023. All of us, irrespective of our political party. There are three political parties that are in the Southern Governors Forum. We have APGA, PDP and APC and we all agreed on this”.

“ Any party that picks any candidate from the North will have to face all Southern governors, because they will not support. But it has to come from South. We are saying that there must be rotational, the justice and fairness in it, that is what we are pushing”.

“ If my president, Muhammadu Buhari has ruled for eight years, then it cannot be from the North again. The next president must come from the South. We have not gotten to the stage where we will say let us give it to somebody who is competent”.

“We can continue to do that until it gets to a point where the issue of zooming becomes an anathema. But for now, zooming is it and those of us from the South are determined that the next president comes from the South”.

Bbnaija: Why I Nominated Angel For Eviction – Maria

#BBNaija: “I Have Enough Clothes To Wear Without Repeat, I Don’t Smell” – Mercy Tells Ike

All the best for them