#Assurance2020: Davido Proposes To Chioma And She Said Yes (Video) 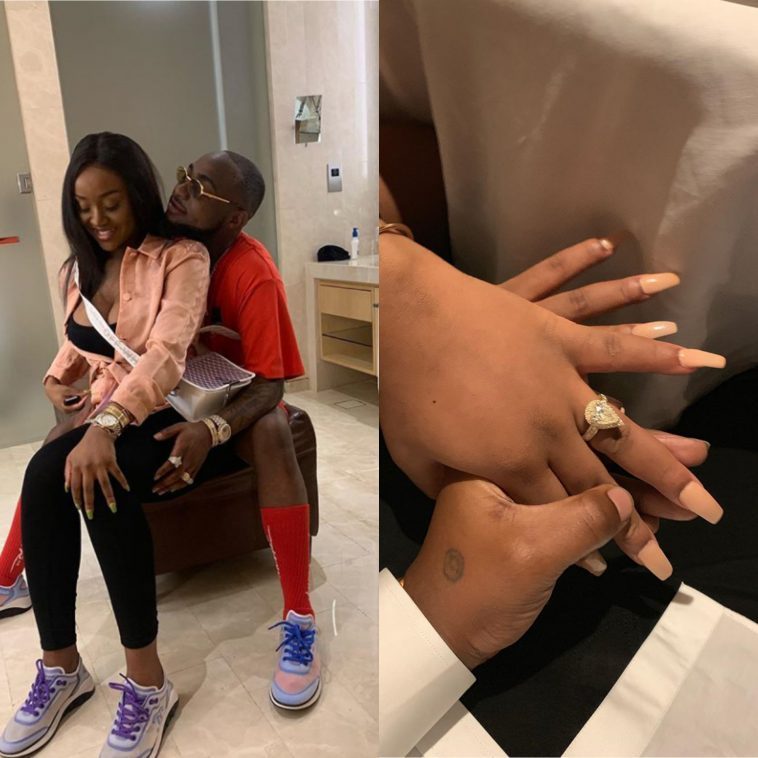 Davido made the announcement on his Instagram page moments ago and his comment section has been on fire with about 15,000 comments under 30 minutes .

Davido and  Chioma had their family introduction few days back, after which he revealed they will be holding their wedding in 2020. 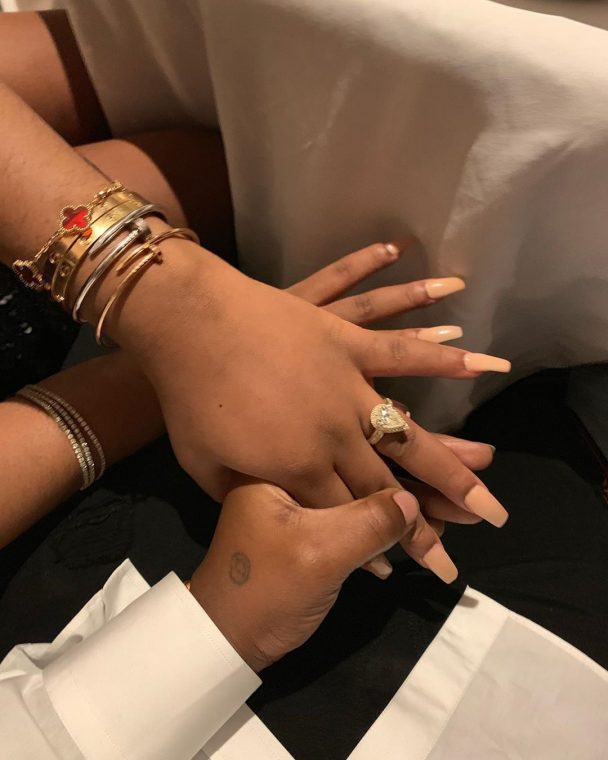 His fans and other celebrity friends have being storming his page since he made the announcement and lots of congratulatory messages have been pouring in.
Top among the celebrities are his cousins, Sina Rambo and B-Red, his brother, Chairman HKN, K-Cee of 5-Star Music, Dotun of Cool FM, Stefflon Don and many others. 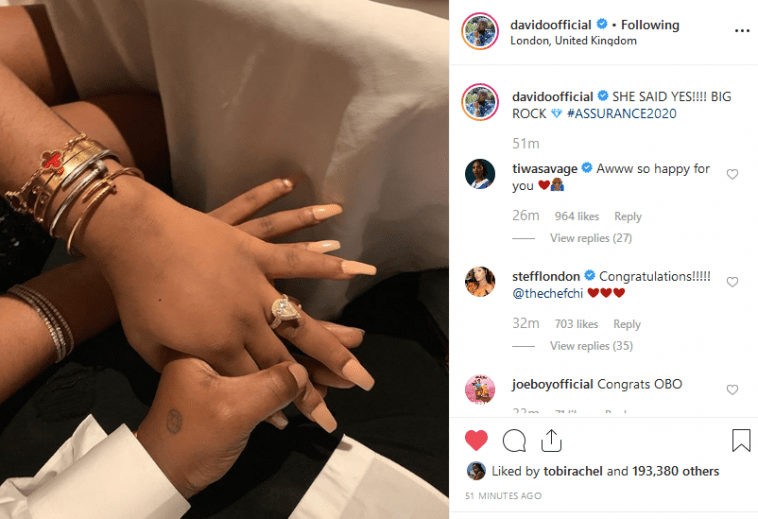 “July 7th, 2019… the best day of my life! My best friend said yes!” he wrote.
Well, we can’t say whose wedding ceremony will hold first between the two brothers. But one thing we are sure of is that the 2 Adeleke brothers will be off the market, come 2020.

Regina Daniels Gets A New Car