ASUU Strike: Lecturers Walk Out Of Meeting With Govt Delegation 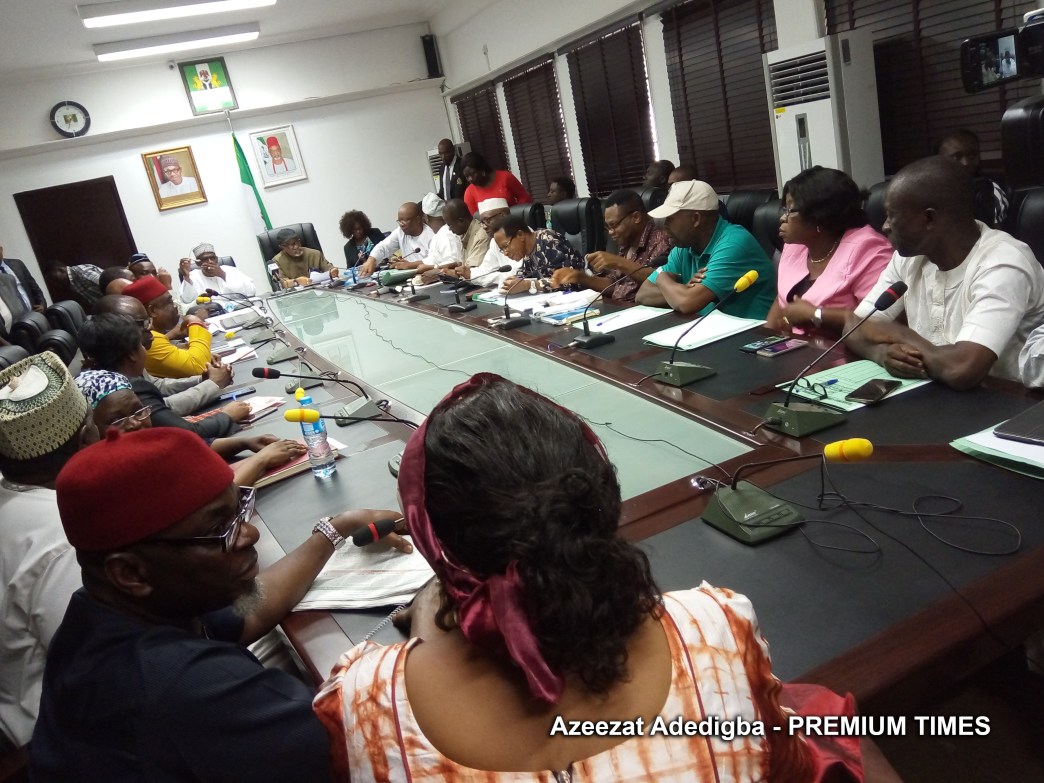 Academic Staff Union of Universities (ASUU) has staged a walkout from the meeting with a federal government delegation.
The government delegation was led by the Minister of Labour and Employment, Chris Ngige.
The University lecturers embarked on an indefinite strike on November 4, demanding improved funding of universities and implementation of previous agreements with the government.
The National President of ASUU, Biodun Ogunyemi, led the union’s delegation to Monday’s meeting.
The ASUU delegation arrived at the ministry at exactly 5:00 p.m. but no member of the federal government delegation was around as at this time.
The government delegation led by the Minister of Labour, Chris Ngige, arrived at exactly 6:00 p.m.
The minister of education, Adamu Adamu, was absent at the time the meeting started.
Before the walkout and at the start of the meeting, Mr. Ngige told the lecturers that he hopes a consensus on most of the issues is reached at the end of the meeting.
He assured the union that attention will be paid to three critical demands, which are salary shortfall, university revitalisation and earned allowances of lecturers.
ASUU Makes A Joke On Its Twitter Account With The Trending Hashtag #10YearsChallenge