Audit Bill And The Fight Against Corruption 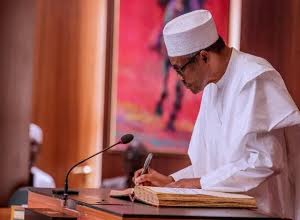 One of the cardinal agenda of the administration of President Muhammadu Buhari is the war against corruption. In fact, his desire to fight corruption was among the factors that gave him an edge in the election.
Though the administration has recorded some successes in the anti-corruption war, more still needs to be done to curtail the cankerworm, particularly when government said corruption was fighting back.
For a successful anti-corruption battle, the audit process remains a very useful tool that cannot be left behind. This is because the public service is about adding value to citizens and society, and about continuously increasing that value.
To focus on the value that government adds, audit should be about the outcomes that benefit citizens and society and to which government activities contribute. It should also help all stakeholders play their part in continuously improving the value that governments add.
Where there are no proper checks through effective auditing, the value will be eroded and corrupt practices will thrive unhindered. To improve accountability, transparency and judicious utilisation of public resources, the Public Accounts Committee, PAC, of the Senate and House of Representatives and the Office of the Auditor General of the Federation, OAuGF, must carry out their mandate effectively.
In a bid to enhance the audit function and empower the OAUGF to effectively discharge its constitutional mandate, the eighth National Assembly passed the Federal Audit Bill and forwarded to the President for his assent. However, President Buhari neither assented to nor declined assent to the bill. The non-assent to the bill is a cause for concern that perhaps President Buhari is not ready to institutionalise the anti-corruption fight.
It also means that either the President does not really mean his words on the war against corruption or might have been wrongly advised on the essence of the Audit Law. Now that we are in the ninth Assembly, particularly with this synergy between the current leadership of the executive and legislative arms, it is time to resuscitate the bill with a view to clearing gray areas to make for a smooth passage by the National Assembly, ready for the President’s assent.
The Chairman, Public Accounts Committees of the Senate and House of Representatives, Senator Matthew Urhoghide and Busayo Oluwole-Oke held a session of stakeholders during a three-day Stakeholders Consultative/Technical Session on the Audit Bill organised for members and staff of the Senate and House of Representatives Public Accounts Committees and the Office of the Auditor-General of the Federation in Abuja recently.
Commotion In Ikeja As Men Hanging On Moving Train Die (Photos)