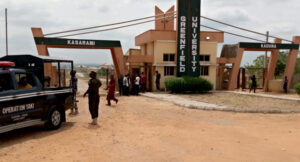 The lives of about seventeen remaining students of the Greenfield University in Kaduna is currently in danger, as the leader of the gang, Sani Idris Jalingo, who kidnapped them on April 20, 2021, has vowed to kill them if N100million and 10 Boko Haram motorcycles ransom are not paid.

Sani Jalingo last month kidnapped about twenty three, (23) Greenfield students and had killed five over failure of the state government to comply with their demands.

El’Rufai had vowed not to negotiate with terrorists and bandits. He equally promised to root out bandits from the state.

“El Rufai says his government is not and will never negotiate with bandits. He advocates their prompt elimination when they are identified”.

Reacting to his statement: Sani Idris Jalingo told the Hausa Service of the Voice of America that his group will kill the remaining 17 students if the stated ransom is not paid.

However, when contacted the Kaduna state government declined to comment on the issue.