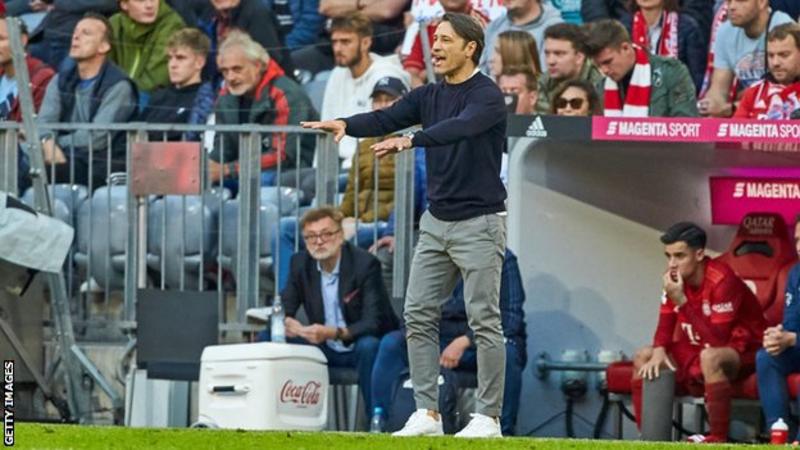 The decision follows Saturday’s 5-1 defeat at Eintracht Frankfurt, which was the German champions’ second in 10 Bundesliga games this season.

The 48-year-old former Croatia midfielder had been in charge since July 2018 and led Bayern to a league-and-cup double last season.

Niko Kovac won 45 of his 65 games in charge of Bayern but Saturday’s defeat was the club’s heaviest in the Bundesliga in 10 years.

Bayern said in a statement the decision had come as “result of a mutual discussion with Niko Kovac on Sunday.”

“The performances of our team in recent weeks and the results have shown us that there was a need for action.

“We had an open and serious discussion with Niko this Sunday based on that and came to the mutual decision that Niko is no longer head coach of FC Bayern.

“We all regret this development. I would like to thank Niko Kovac on behalf of FC Bayern for his work, particularly for last season’s double win.”