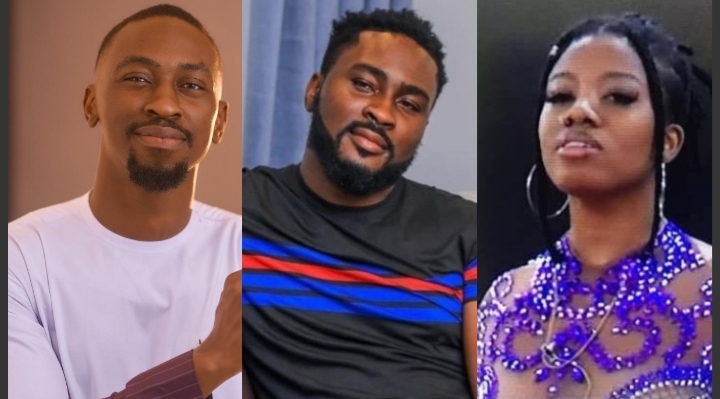 Big Brother Naija ‘shine ya eye’ housemate, Pere, has revealed his plan to seek revenge on his former bestfriend, Saga for betraying their friendship.

Biggie had on Friday afternoon, played a video to the sabine us eye housemates which showed the moment Saga made demeaning comments about his friend Pere.

In the video, Saga was heard telling Nini that Pere is forcing a friendship with him. He called Pere untrustworthy, an instigator and fond of triggering housemates.

He also added that since Pere’s love interest, Maria, got evicted, Pere has been lonely and suicidal.

Pere was shocked over everything his friend said about him and it was visible on his face the entire time he was watching the video.

Pere who is betrayed by his friend’s actions has now spoken on plans to get back at Saga.

Burna Boy: “You Know What, No Album Till Further Notice”

2Baba Apologizes To Annie On His Birthday

Obasanjo To Form A New Party As Alternative To PDP, APC Ahead Of 2023

Otedola Writes Tribute To His Dad Who Died Years Ago

Your own too much pere