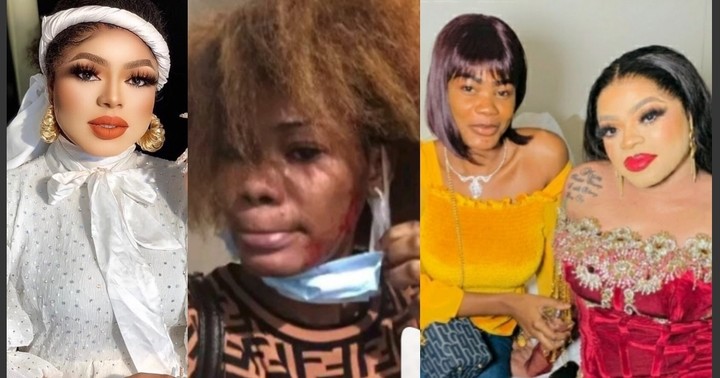 A die-hard female fan of Bobrisky from Ivory Coast, known as Oye Kyme who earlier went viral for getting a tattoo of the crossdresser has now taken to social media to call him out.

Recall the Ivorian lady was flown to Nigeria by the cross-dresser who promised to help her and since then started staying with him while waiting to gain fame and success through him.

Well, the Lady has now taken to Instagram to share series of posts accusing Bobrisky of physical violence.

According to Oye, Bobrisky beat her up for forgetting to call his hair stylist to come to the house to loosen his hair.

She claimed he used a speaker to hit her face and slapped her when she was trying to explain herself.

According to her, she is better off with her family instead of crying in a big house because of fame.

The Ivorian lady also shared photos of her bloodied face after the alleged attack from Bobrisky to confirm her story.