Buhari is Number One Enemy of Nigeria, Says Ayo Adebanjo 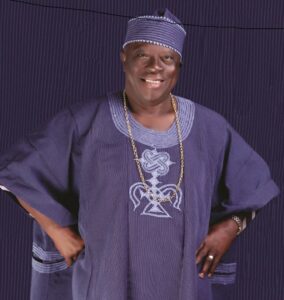 The Leader of the Afenifere, Chief Ayo Adebanjo, has said that the President of Nigeria, Muhammadu Buhari is the number enemy of Nigeria if he continue to pay deaf ear to the call for restructuring.

The leader made the statement while also paying tribute at the funeral service of Yinka Odumakin amid free flow of tears and sorrow as it is forbidden for the elder to be present at the funeral of the younger in Yoruba culture.

“Yinka was an Awoist to the core, an uncompromising Awoist. He was a progressive and will not tarry where there is dearth of progressive standard. He spoke truth to power irrespective of who is involved. He will replace Yinka; who will work without reward,” he said amid tears.

He enjoined everyone to emulate the fighting spirit of Yinka, pleaded that the best way to mourn Yinka is to find a replacement. He added that everyone he loves Yinka should fight against Fulanisation of Nigeria.

“To prevent recession, restructure this country,” he advised the government, calling President Muhammadu Buhari the first enemy of this country if he continues the way he is going.