Cardi B shocked the world when she came out on Instagram to announce her break up with Offset, the father of her child Kulture.

While she carefully avoided giving any reason for the breakup, it turns out that it may be due to a series of leaked text messages.

According to TMZ, Offset the rapper was planning a three_some with some ladies (Summer Bunni and Cuban Doll).

However, the text messages were allegedly leaked by one of the women’s (Cuban Doll) friends who had a fallout with her.

Besides this, Cardi B has been having problems with him which she stated in the video before deciding to end the relationship. She, however, reaffirmed that they remain business partners. 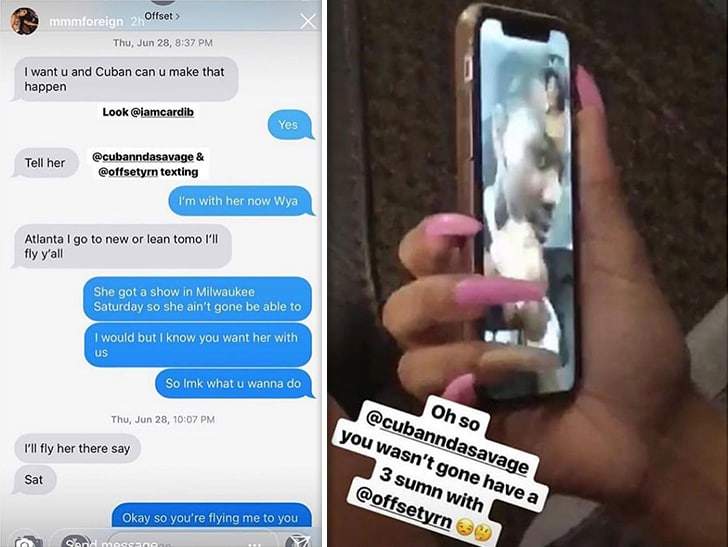 Mercy Johnson Steps Up As 3rd Most Followed Actor