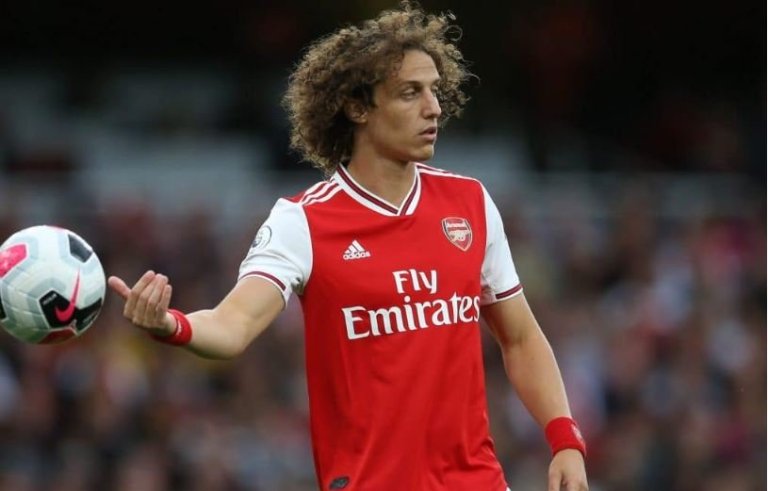 Arsenal defender, David Luiz, has taken full responsibility for their 3-0 defeat to Manchester City on Wednesday night.
He who was left on the bench for the game, came on in the first half to replace the injured Pablo Mari.

His clumsy touch allowed Raheem Sterling to slam the ball past Bernd Leno, before he tripped Riyad Mahrez inside the box.

Kevin De Bruyne stepped up to make it 2-0 from the spot.

Phil Foden added a third goal, to seal all three points for the champions.

“It was not the team’s fault, it was my fault. I think the team did well, especially after with 10 men.

“The coach is amazing, all the players did amazing, it was just my fault.

“I don’t want to use that [contract expiring] as an alibi or excuse,” David Luiz told Sky Sports.

Aubameyang Wears A Mask To Celebrate His Goal