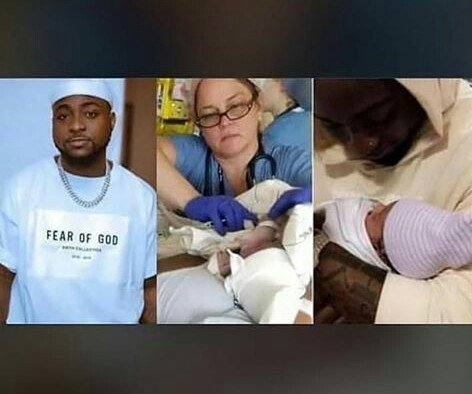 Davido is currently the happiest dude as he welcomes his 3rd child and first son (Lil OBO) with Chioma Avril Rowland in a hospital in London.

About an hour ago, Davido confirmed via his twitter page that his fiancee Chioma Avril Rowland was in the labour room, this response came as a result of a fan asking Davido about his album.