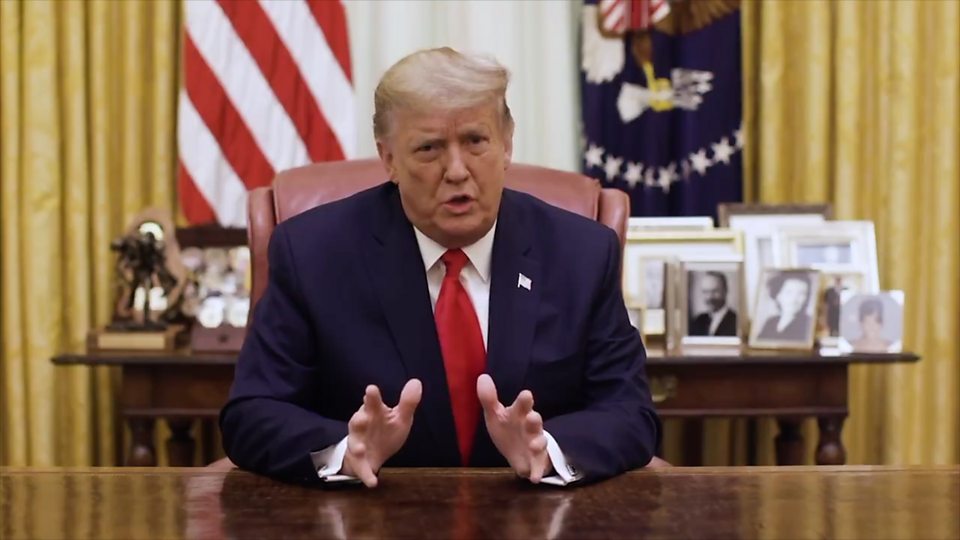 In historic vote, Donald Trump becomes first US president to be impeached a second time for inciting mob that attacked the Capitol. 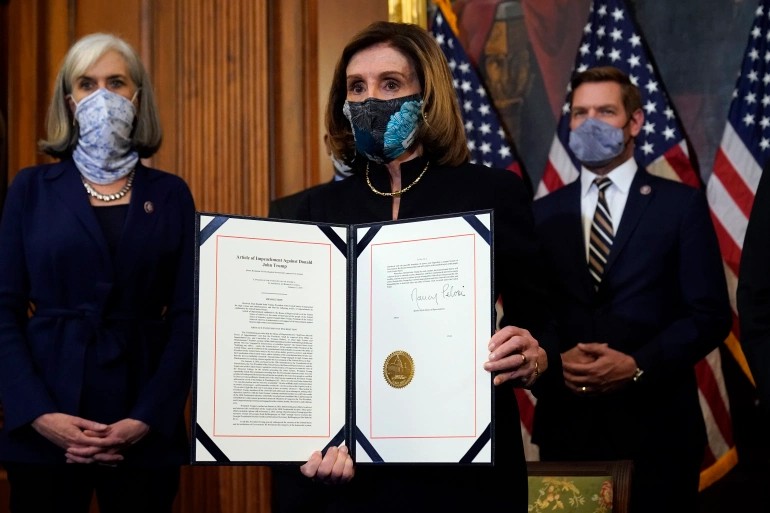 House Speaker Nancy Pelosi displays the signed article of impeachment against President Donald Trump before it was sent to the Senate for trial.

The US House of Representatives has impeached President Donald Trump for “incitement of insurrection” after a mob of his supporters stormed the United States Capitol last week, marking the first time in US history that a president has been impeached twice.

The House resolution, which passed by a vote of 232-197 on Wednesday afternoon, states that Trump’s actions and remarks ahead of the storming of the Capitol building in Washington D.C incited the rioters.

The House resolution, which passed by a vote of 232-197 on Wednesday afternoon, states that Trump’s actions and remarks ahead of the storming of the Capitol building in Washington D.C incited the rioters.

“Today, in a bipartisan way, the House demonstrated that no one is above the law – not even the President of the United States,” House Speaker Nancy Pelosi as she signed the article of impeachment after the vote.

The measure, Nancy Pelosi said, also makes clear “that Donald Trump is a clear and present danger to our country”. 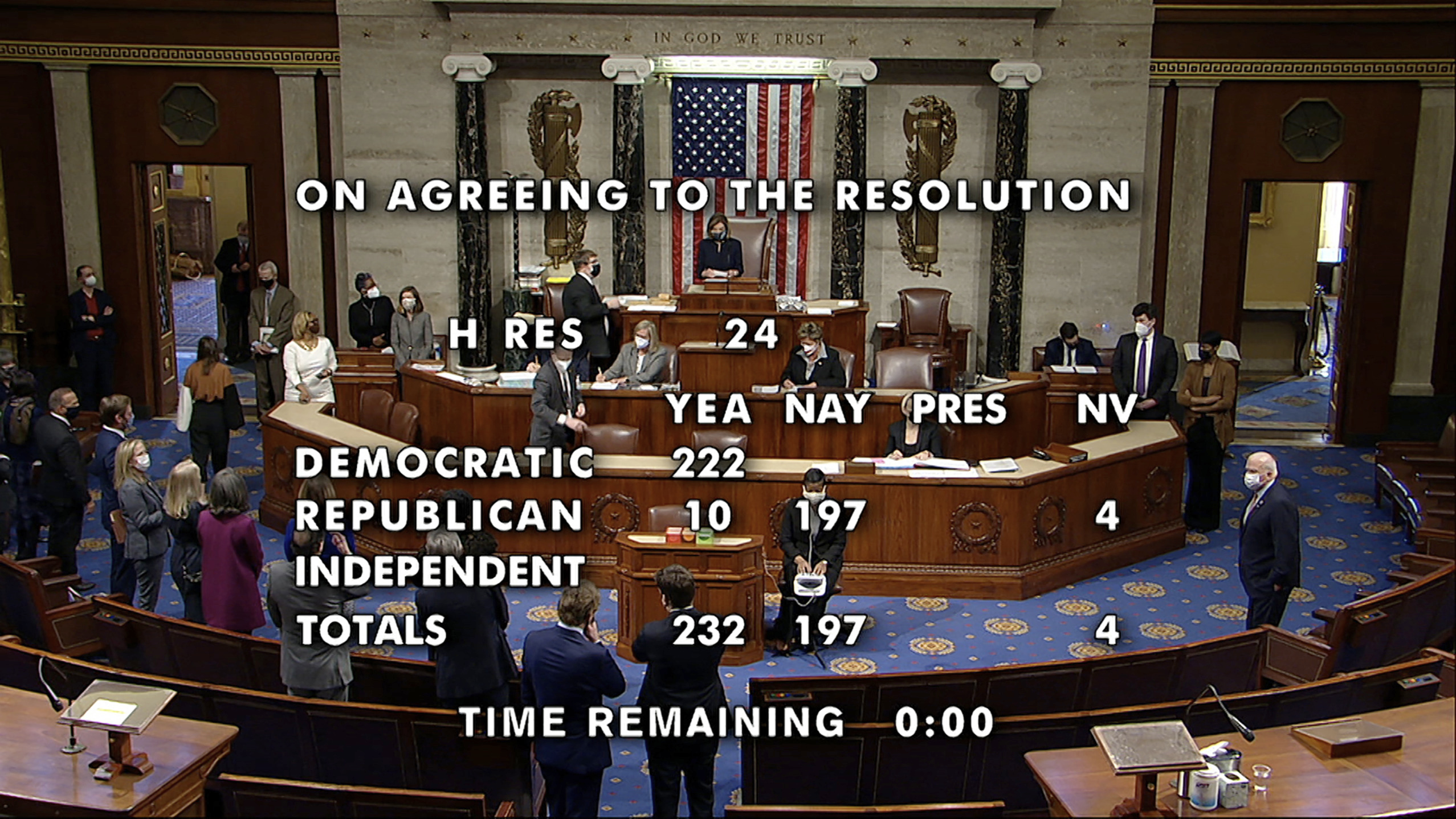 Some 232 members of the House voted in favour of the impeachment of President Donald Trump over the assault on the Capitol, including 10 Republicans.

Ten Republicans joined 222 Democrats in voting to impeach Donald Trump, making the vote a bipartisan rebuke of the president’s attempts to overturn the results of the 2020 presidential election.

The riot at the Capitol on January 6 left five people dead and sent shockwaves across the US and the world, spurring Democratic Party legislators to launch an impeachment push against Donald Trump in his final days in the White House.

The Capitol was stormed after Donald Trump delivered an inflammatory speech to a crowd of his supporters that had gathered in protest against Congress’ certification of US President-elect Joe Biden’s election victory.

The impeachment article states that in the months before January 6, Trump repeated false claims of widespread election fraud and said the results should not be accepted.

He also “willfully made statements that, in context, encouraged – and foreseeably resulted in – lawless action at the Capitol, such as: ‘if you don’t fight like hell you’re not going to have a country any more,’” the article states. 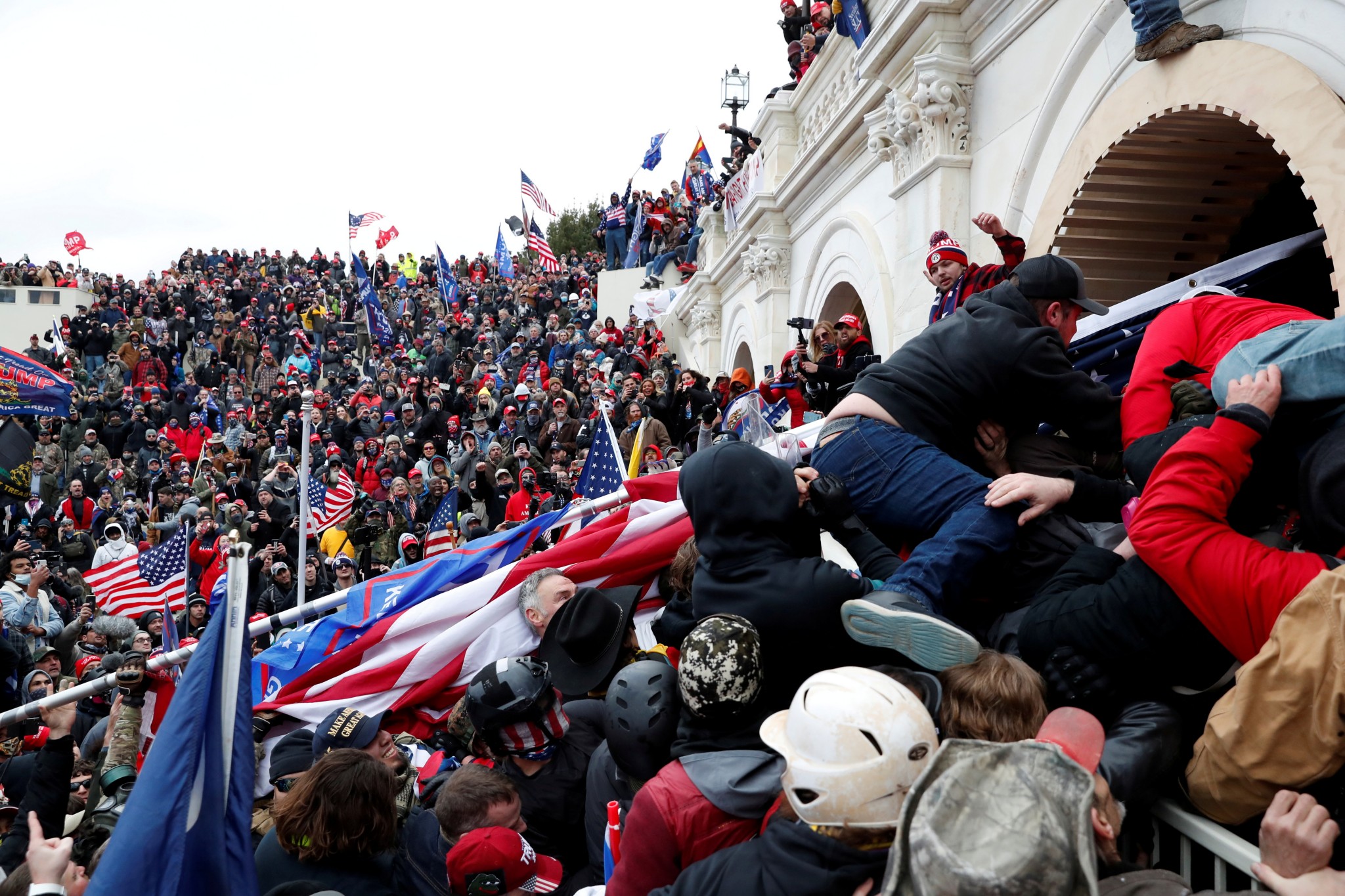 Pro – Trump protesters storm into the US. Capitol during clashes with police on January 6

But in a video posted on the White House Twitter account on Wednesday evening, he condemned the attack on the Capitol and said there was no excuse for violence.

“I want to be very clear, I unequivocally condemn the violence that we saw last week. Violence and vandalism have absolutely no place in our country and no place in our movement,” Trump said.

The president had remained defiant on Tuesday, rejecting Democrats’ impeachment effort as dangerous and “a continuation of the greatest and most vicious witch hunt in the history of our country”.

Wizkid Set To Drop Made In Lagos Next Month (See Date)