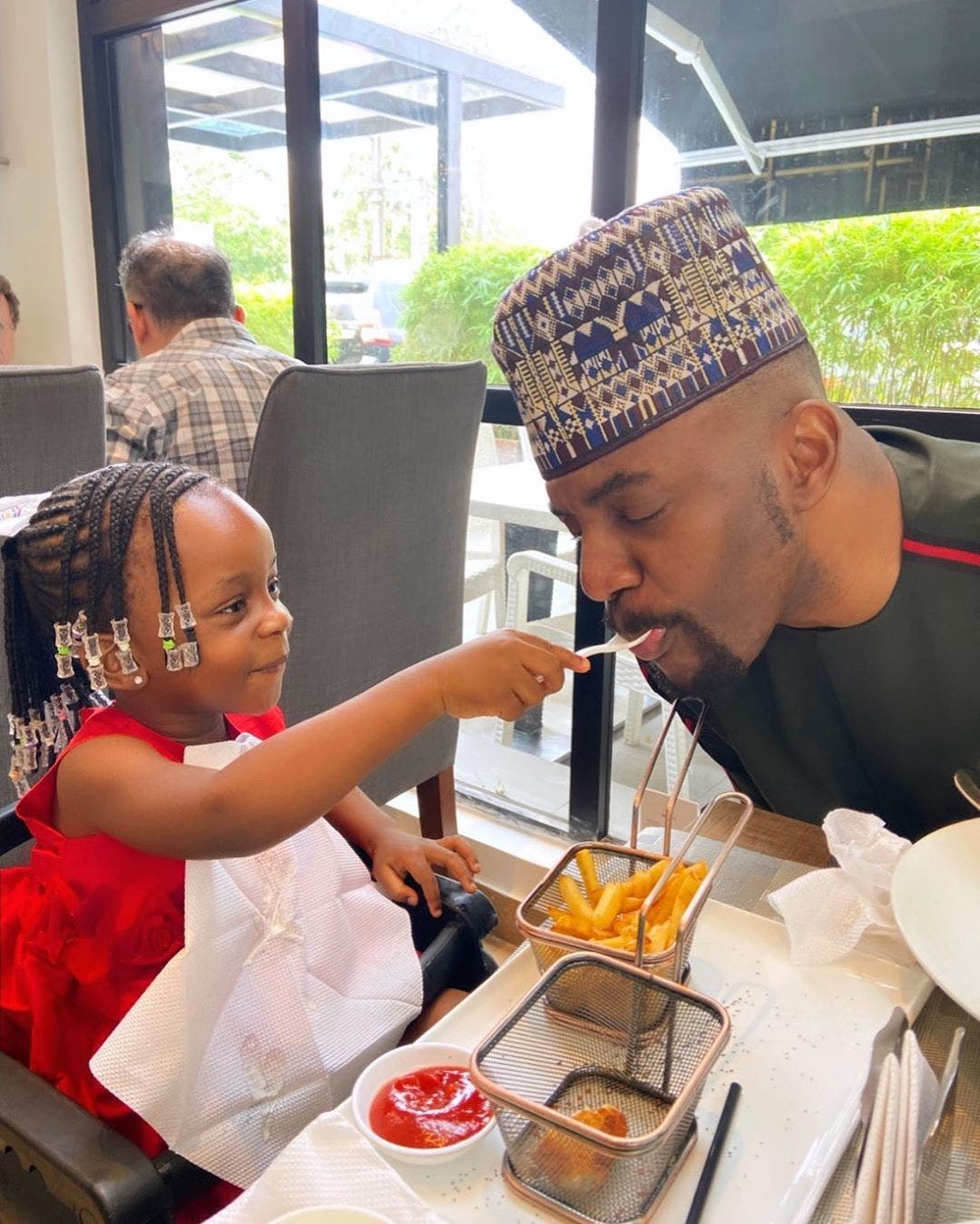 He made the revelation on Twitter while responding to a tweet posted on the platform by Daily Mirror.
The media outfit had posted a picture of Princess Charlotte, the second child of Duke of Cambridge, Prince William, and Catherine, Duchess of Cambridge, where they revealed she was speaking 3 languages fluently.

A lot of people commended the young princess back then.
The media personality showed that his daughter is also exceptional, He replied the tweet saying his three-year-old girl now speaks 4 languages fluently.
He stated that she speaks, English, French, IBO, & pidgin English very well.

BBNaija: Kiddwaya Reveals His Plans For Laycon, Vee & Trickytee After The Show