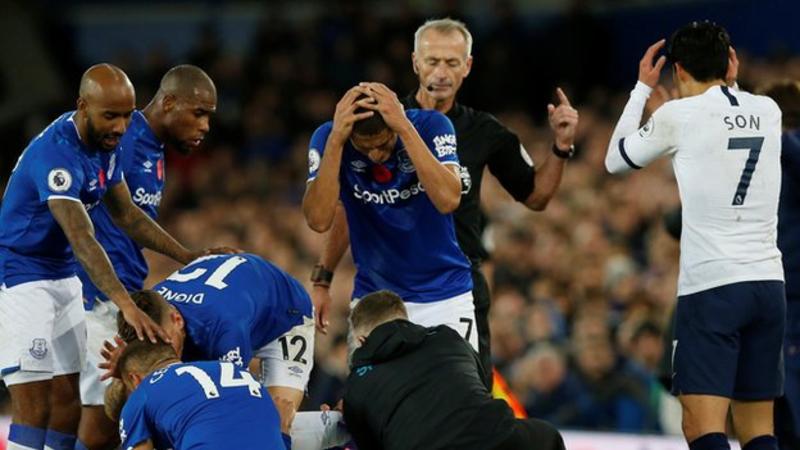 Everton midfielder Andre Gomes will have surgery on Monday after suffering a horrific ankle injury in Sunday’s Premier League match against Tottenham.

The Portuguese was taken straight to hospital where he has been diagnosed with a fracture dislocation to his right ankle.

A distressed Son Heung-min of Spurs was sent off in the 79th minute for the tackle on the Portuguese player.

There was a six-minute stoppage as medics tended to Andre Gomes.

The incident looked innocuous, but the mood changed among the players and crowd after they saw the full impact.