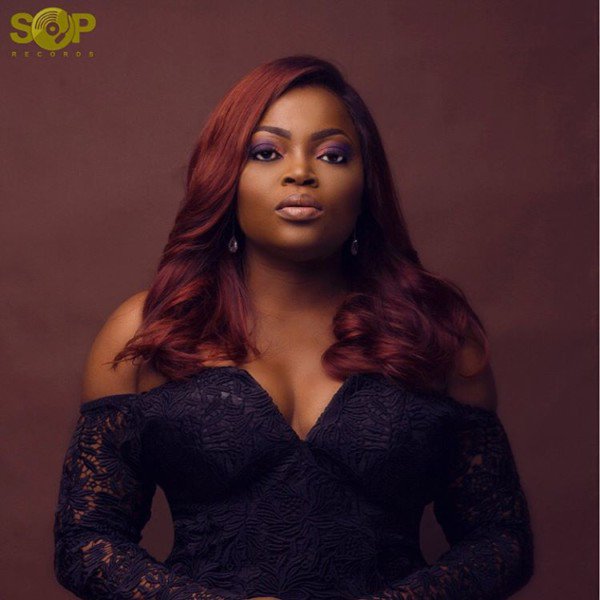 Barely 24hours after the eviction of Diane from the BBNaija 2019 Pepper Dem house after a total of 92 days, the Jenifa star Funke Akindele announced that she and her team can’t wait to have the Kaduna based ex-housemate on set.

Funke Akindele reiterated her decision to have Diane feature on ‘Jenifa’s Diary’ with a comment on her Instagram page thanking fans after her eviction.

Commenting on a post made by Diane’s Instagram handlers after her eviction on Monday, the 42-year-old actress, producer, and director said the crew cannot wait to have her join them. 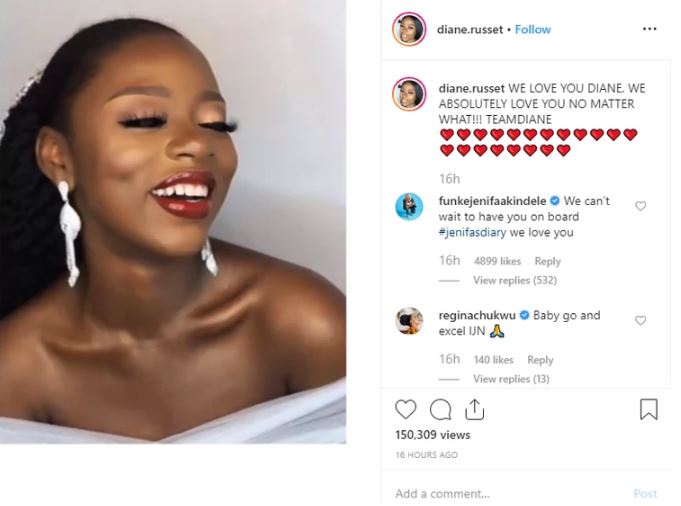 Funke Akindele had on September 24, 2019, visited the housemates and expressed her desire to have Diane join the drama crew when she told her of her acting dreams.

Diane shared her dreams of acting and ‘Jenifa Diary’ star, Funke Akindele has given her an open invitation.

On Sunday, September 22, 2019, Funke Akindele visited the remaining 10 housemates and had a brief conversation with them.

During their chats, Diane revealed her dreams of acting to Funke Akindele and the actress encouraged her to stay true to her dreams.