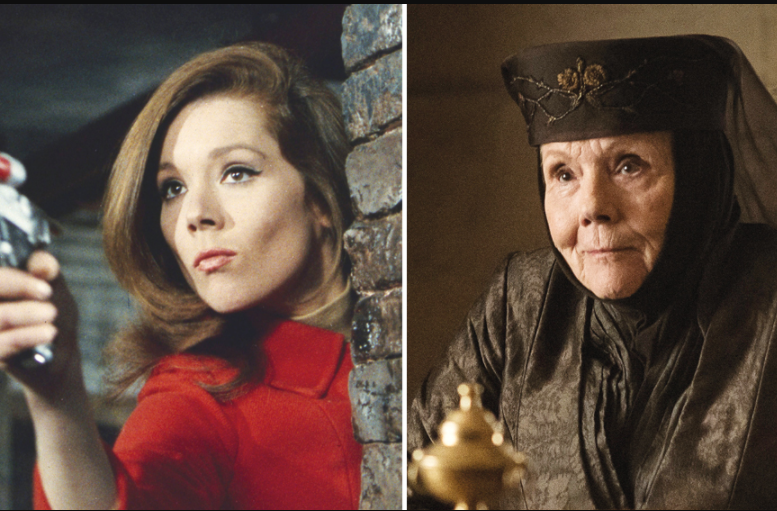 Famous English actress, Diana Rigg who is known for her roles in blockbuster movies The Avengers and Game of Thrones, has died today, September 10, 2020.

The late actress aged 82, is said to have died peacefully in her home, while she was surrounded by her family.

She was a beautiful kind and generous human being that enhanced the lives of all that knew her as well as a great actress. She leaves a great void in my heart.

Daughter of the deceased, and actress Rachael Stirling, disclosed that her mother who was diagnosed with cancer in March, spent her last months joyfully reflecting on her extraordinary life, full of love, laughter, and deep pride in her profession. ‘I will miss her beyond words’ she said

Daina Rigg rose to fame in the 1960s for her role as Emma Peel in The Avengers, played Lady Olenna Tyrell in HBO’s smash hit Game of Thrones. She also featured in a James Bond movie where she played Tracey Bond, James Bond’s first and only wife to date, in the 1969 film On Her Majesty’s Secret Service.

She has won several awards such as the BAFTA TV Award for Best Actress for the BBC miniseries Mother Love in 1989, and an Emmy Award in 1997 for her role as Mrs Danvers in an adaptation of Rebecca.