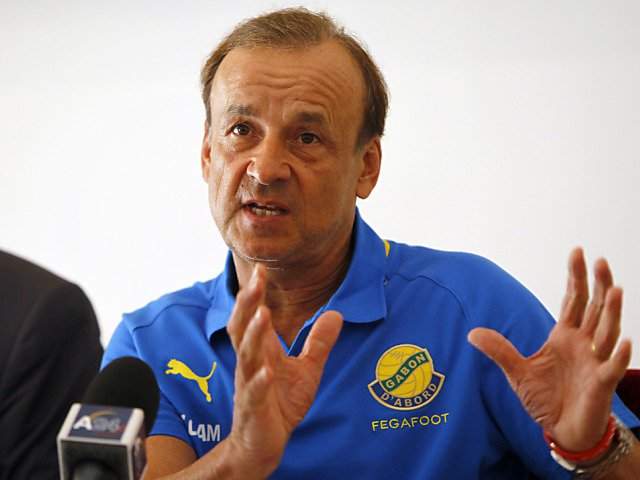 Nigeria coach, Gernot Rohr, has played down the chances of the Super Eagles winning the 2019 Africa Cup of Nations.

He argued that Nigeria are not among the top three ranked teams in Africa.

The German gaffer noted that Nigeria did not qualify for the last two editions of the Africa Cup of Nations, hence their poor Fifa ranking.

The former Burkina Faso coach picked three North African countries, as well as Senegal as the favourites for the title.

“No, I do not think we can say that. When we look at the ranking of Africa and FIFA, we are not the first African country,” says Genrot Rohr

“There are other countries in front of us, I think we are fourth. There is Morocco, Tunisia, Egypt that may be favourite at home for the AFCON, there is also Senegal in front of us.

“The ranking is not just the latest results, but for a few years. In 2014, 2015, Nigeria was not great and did not qualify for the last two AFCON. It has somewhat handicapped its ranking at FIFA and Africa,” he added.

“Hazard Can Win The Ballon D’or At Madrid” – Martinez

“If I Beat Him For A Second Time, He Should Take A Break From Boxing” – Andy Ruiz Jnr

Ander Herrera To Move To PSG On Free Transfer