Ghana Twitter Embarks On Campaign For Change In Governance 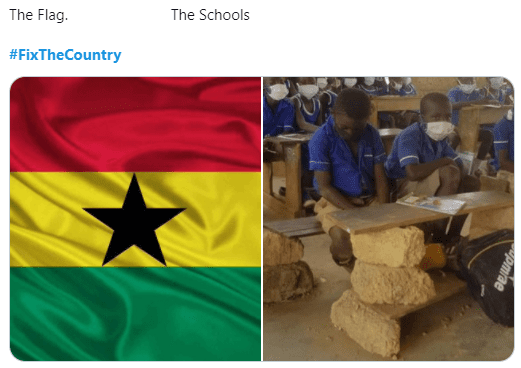 Ghanaians on Twitter have had enough of what they call ‘a broken country’. They have begun a campaign to have the economy fixed.

According to most of the tweets, the change they voted for has not materialized. People have cited inconsistent power supply, lack of water in some parts of Ghana and the damage to our water bodies.

Currently, the hashtag #FixTheCountry is trending worldwide at number 4. Some tweets contained criticism made by the Government when they were in power. Others have a collage of the Ghana flag and the deplorable state of the country.