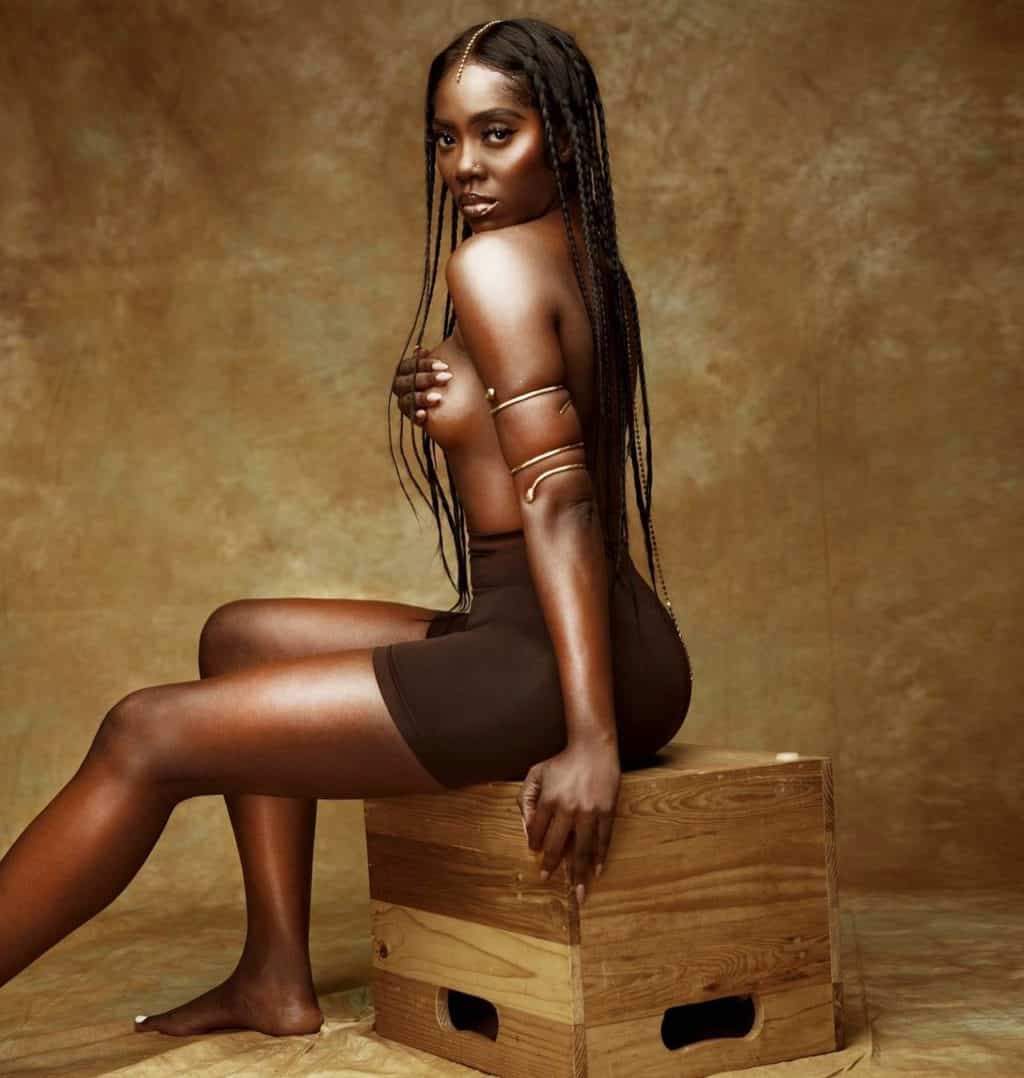 Gospel musician, Warepamor Sammy , has attacked Tiwa Savage over her seductive pictures going viral on social media, saying she’s doing so much to stay in the limelight.

“Tiwa savage is doing unnecessarily way too much to stay in the lime light and be called queen Very senseless crap. Too poor appearing nude in music videos, nude photos all crap to be honest. Folks just hype the crap she does dasall” 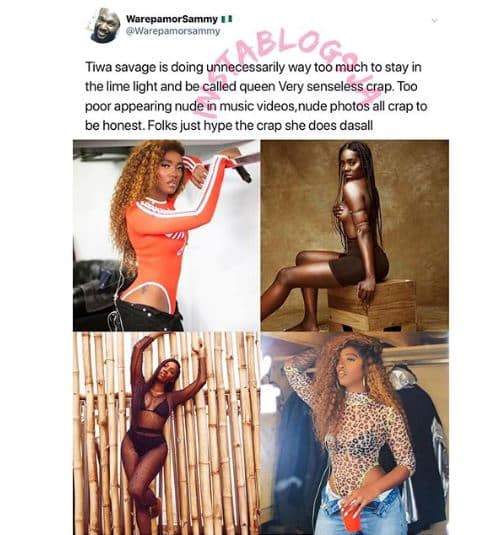