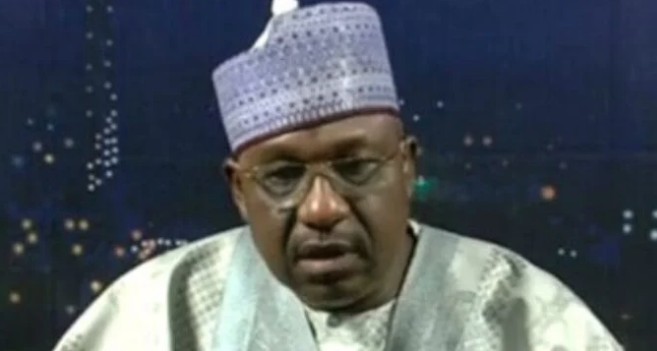 Ahmed Gulak, the murdered chieftain of the All Progressives Congress (APC), was advised against going to Owerri, Imo state capital, for the public hearing on constitution review, TheCable can report.

It’s understood that despite being warned against the trip, Gulak insisted, noting that “we are all Nigerians”.

Gulak was the lead consultant on the public hearing in Owerri, the host city for Imo and Abia states.

“Nobody was interested in being deployed to Owerri but Gulak offered to go. He was initially meant to go to Gombe but he decided against it when it appeared no one was keen on going to Owerri,” an insider said.

“We prevailed on him not to go, but he was hellbent on carrying out the assignment, despite the fact that consultants from the south-east turned down the assignment.”

Gulak was shot dead by gunmen on Sunday while returning to Abuja from Owerri.

According to the police, he left his hotel for the airport without any security personnel, after which six “armed bandits” ambushed his car at Umueze Obiangwu in Ngor-Okpala LGA and shot him.

IPOB has since denied the allegation and challenged the government to set up an independent panel of inquiry to investigate the incident.

10 Amazing Facts About The Vagina (Photos)

“We, therefore, state without equivocations that IPOB knows nothing about the said assassination. In the first place, what threat did the late Gulak constitute to our cause to warrant his elimination? We had nothing in common with him and could not have in any way killed him,” Emma Powerful, IPOB spokesman, had said.

NOT HIS FIRST ASSIGNMENT IN IMO

The public hearing on constitution review was not the first high-profile assignment Gulak would be undertaking in Imo state.

He was the chairman of the APC electoral committee for the Imo gubernatorial election in 2018. Hope Uzodimma and Uche Nwosu — the anointed candidate of Rochas Okorocha, former Imo governor — were the main competitors at the primary.

Nwosu had been announced the winner before the party’s national working committee (NWC) cancelled the exercise and Uzodinma was recognised as the candidate.

Gulak was declared missing during the primary but he later came out to say he was “kidnapped” and that he was offered a $2 million bribe by an unnamed person to influence the outcome of the exercise.

He had also alleged that Okorocha forced members of the electoral panel to declare Nwosu as the winner of the primary election.

Gulak’s death has, on one hand, been linked to the insecurity in the south-east, while some have described it as a political assassination.

“Someone must have trailed him from the hotel to the airport. That is exactly why his gruesome murder appears to be a clear case of political assassination,” he had said.

In response, Nyesom Wike, governor of Rivers, said it is too early to describe it as a political assassination.

Wike asked Uzodimma to allow security operatives to conclude their investigation before attributing the murder to politicians.

He also wondered why Gulak would come to the south-east “incognito”, given the security situation.

“I mean, one will ask questions, knowing today the security situation in Nigeria and even the one in the south-east and not to talk of in Imo state. We all know what is going on in Imo state,” Wike said.

It’s understood that Gulak, while putting himself up for the responsibility, had said “little challenges should not work against our progress”.

He Was Warned But Didn’t Heed To Instructions.

RIP to Gulak. all he did was respect the fact that we are one as Nigerians and he lost his life for it

Well, I won’t say it was wrong for giving that as a counter comment, but now, he doesn’t live to bear the rest