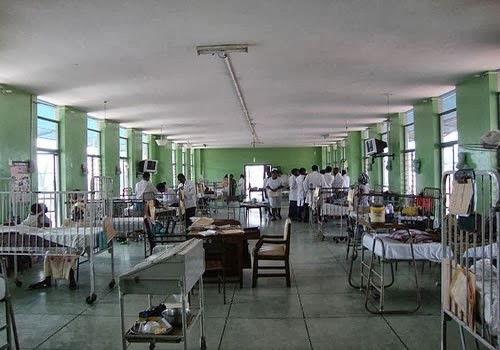 Health workers all over the country under the Joint Health Sector Unions (JOHESU) have begun their nationwide strike today, September 14, 2020.

The union have decided to take action after a 14-day notice of the impending strike was given to the Federal Government employing him to meet their demands, which include COVID 19 hazard allowance, withheld salaries, non-adjustment of the CONHESS salary structure, implementation of several court judgments, and repairing of several decaying health structure and infrastructure across the country.

This was confirmed by JOHESU President, Josiah Biobelemoye who confirmed the strike to newsmen. He explained that the meeting which was held with the Federal Government on Sunday, September 13, ended in a deadlock. He said;

The 15-day ultimatum still subsists, and with effect from midnight of Sept. 13, 2020, our members shall withdraw their services due to the government’s inability to meet their demands,

Nevertheless, the strike by the health workers as been characterized as unlawful and unfair by the Ministry of Labour and Employment. A statement released by the ministry reads;

Parties in disputes are expected not to arm-twist, intimidate or foist helplessness on the other party while negotiations are ongoing as per sections 8 and 18 the of Trade Dispute Act 2004 barring any strike when the matters are before a conciliator and undergoing conciliation.

Any strike now is inimical to an equable settlement of the dispute, bearing in mind, especially, that this is a grave period of a pandemic where the Federal Government has spent about N20 billion to pay April/May 2020 and an additional N8.9b for June 2020 on COVID-19 hazard and inducement allowances, respectively, to all categories of health workers that are mainly JOHESU members.