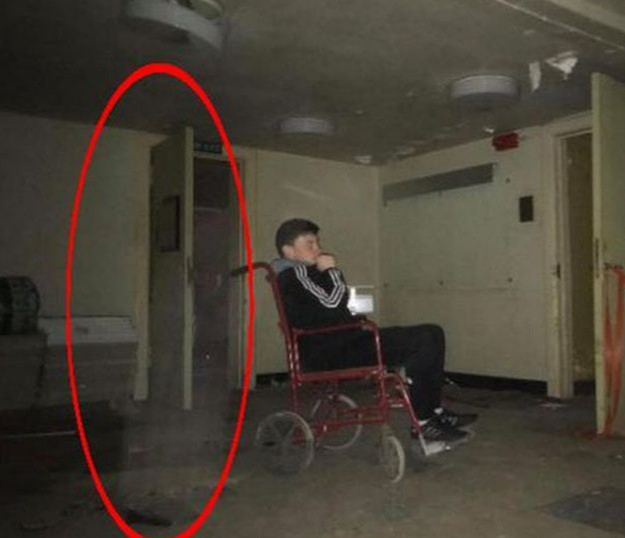 A horror movie scene has come to life in an abandoned hospital in Midlothian, Scotland after a ghost was caught on camera in the hospital.

The spooky figure unnerved a couple of metropolitan pilgrims, Jamie Osborne and Michael Cosgrove who went to investigate the psychological wellness and mental health clinic.

According to reports, the rooms inside the building had stayed immaculate – without a human soul for longer than 10 years when it shut its entryways.

This prompted Jamie and Micheal to visit the clinic and take pictures. During these moments they had been exchanging poses on a wheelchair that had been left in one of the emergency clinic’s rooms when they checked one picture which seemed to catch a woman wearing a white outfit standing close to Michael.

Micheal while speaking about his experience to the Daily Record said;

We were in different rooms like the nursery and the nurses’ rooms.

We then found a way into the actual building where it got a lot colder where we could see our breath even though it was the middle of summer.

We looked around where we found old sweet wrappers and old cassette tapes.

We then positioned the wheelchair and took a couple of photos and when we looked back through them we saw what looked like someone pushing the chair.

After further examination, it now looks like something much taller reaching over the chair and looking towards the camera.

Once we saw this we quickly left and didn’t go back.

The once prominent Rosslynlee Hospital was opened in 1874 – over a century ago and was home to 500 mentally challenged patients until its sudden closure in 2010. 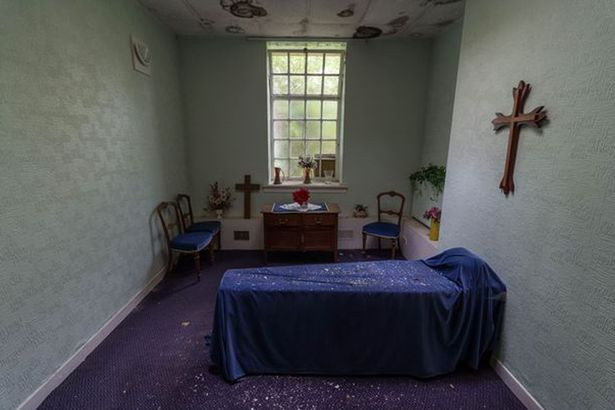