How To Get Nigerian Passport Quick And Without Paying Any Bribe 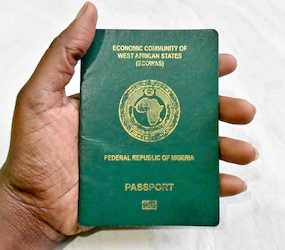 In countries such as ours, the public service reformer is often dealing with myriad systemic input problems in the organisation he is trying to reform, including lack of electricity, insufficient financial provision, lack of working tools, poor internet access, poor staff motivation and systematic corruption. The combination of these, and any one of them for that matter, is sufficient reason to explain away a lack of improvement in public service delivery. Focusing on the outcome expected, rather than the problems with the inputs, gives the reformer a better chance of driving reforms in dysfunctional environments.

The need to deliver the outputs expected forces the system to align the required inputs to achieve the expected outcomes, rather than focusing on the difficult task of trying to solve all the input problems before we can get the improvements in service delivery that the public expects and deserves. We will use the tortious issue of obtaining a Nigerian passport as a demonstration of how it could be done.

Many Nigerians go through a painful, dysfunctional and extortionate process when they try to obtain an international passport. Given its population and the absence of a focus on outcomes by the Comptroller-General, Lagos residents suffer the most. It is virtually impossible to obtain a Nigerian passport in Lagos without “knowing someone” and paying above the official rate of N15,000 for a 32-page passport and N20,000 for a 64-page passport. Even after paying more than double the official price and making obeisance to god-like Immigration officials, applicants are still confronted with the claim that “there are no booklets.”

Overcoming this logjam is relatively straightforward. Nigerians can obtain an international passport in a week without needing to know anybody and without paying a kobo more than the official price. In the next few paragraphs, I will outline how this can be done.

The first step is for the Presidency to demand from the Immigration Service the service standards for issuing Nigerian passports. The last time, that I am aware of, such service standards were set for passport issuance was under the SERVICOM regime in 2004. At that time, the Immigration Service undertook to provide international passports within one week, but expectedly within 72 hours.

Most people, including the Immigration Service, currently appear not to be aware of this service standard. Nobody monitors performance against these standards, and although passport issuance is part of the Ease of Doing Business initiative, the Presidential Enabling Business Environment Council (PEBEC) has achieved little or nothing in this regard.

It is important for the Immigration Service to commit to this standard, or revisit the standard and set a more realistic one and make the targets publicly-known, and for PEBEC and the National SERVICOM Office to publicly report the performance of the Immigration Service against these standards. In order to meet the existing performance standard, or whatever new standard is set, it is necessary to take a number of straightforward actions.

First, all payments must be made online. Notionally, this is already the case, but in practice, citizens are often unable to make online payments, forcing them to have personal contact with Immigration officers and their touts, who extract corrupt rents for “helping” people. The payment systems are often unavailable, either due to weaknesses in technical infrastructure or as a result of deliberate sabotage. Indeed, those that “stupidly go and pay online” are made to suffer interminable delays and forced to regret their attempts to do things properly.

The Comptroller-General and PEBEC should be monitoring the frequency of “network” downtimes by location and tackling cases where the downtimes are as a result of deliberate sabotage. The good thing about technology is that there is always an audit trail that tells you who has done what to the system, at what time, in which location. They should also be monitoring how quickly applicants that pay in advance online receive their passports.

Even when an applicant successfully pays online, another major pinch-point is the capture process. Nigeria does not really have a passport renewal process. Every passport application is deemed to be a new application requiring fresh biometric capture. This would ordinarily not be a problem, particularly given the sensitive security nature of international passports. The process of being “captured” is, however, another corruption ‘toll gate.’ It should be possible to simply book an appointment for capture online, appear on the appointed date and time and be captured within 15 minutes.

Currently, the appointment system tends to give you an appointment in 6 years’ time when the validity of the passport you are applying for is only 5 years! This forces you to seek out an Immigration officer that will “help” you, of course in the expectation of “appreciation.” There does not seem to be any willingness on the part of the Immigration Service to apply the simple technical fix required to make the appointment system work.

The Immigration Service knows the number of passport applications that it gets each year. It also knows that Nigeria’s population growth rate is 2.6%. How hard can it be to ensure that we have enough booklets to cover all applicants? I mean really! Unlike National Identity Cards, passports are not issued for free but for a fee. The Federal Government should configure the Treasury Single Account to ensure that the fees generated from passport issuance is used to ensure the availability of passport booklets at all times.

If, as a result of exchange rates, the price of the passport is too low, especially as it is currently printed abroad, the Immigration Service should review the price and gradually increase it over time. Passport issuance is not a social service. Having said that, every effort should be made to print passports in the country.

Every Nigerian knows that if you give enough cash to Immigration officials, you can get your passport in less than 6 hours. We also know that Nigerians like to leave things late, often applying for a passport within just days of needing to travel. Of course, pressure of time on the applicant is a compelling reason why they would pay for “help.”

It is easy for the Passport Service to put in place an Emergency Fast Track process that charges four times what the normal rate of passport application is. Those that are in a hurry can pay N60,000-N80,000 per booklet to government, rather than into the private pockets of Immigration officials, and the funds can be reinvested into improving the passport process and even incentivising Immigration officers. Those that are not in a hurry and can wait a week, or whatever the new service target that the Service sets, can pay the normal price and get their passports without begging or bribing anyone.

Finally, the recent data integration between the Nigeria Immigration Service and the National Identity Management Commission (NIMC) is commendable. When a Nigerian has a National Identity Number issued NIMC, there is really no reason why they should not be able to obtain their passport within one week of submitting all required documentation. They should be able to pay online, book an appointment for biometric capture, get captured within 15 minutes without begging or bribing anybody, and be given an appointment for when to collect their passports.

The performance of the Immigration Service on each of these steps should be monitored and publicly reported. Until this is possible, the One-Government mantra in Executive Order E001 is simply hollow rhetoric and the Vice President’s recent charge that Nigerians should not pay a bribe to obtain a passport simply a political statement.

These suggestions are not new. They were given to the Immigration Service in 2017as part of a BPSR study on removing the bottlenecks to passport issuance when I was the BPSR Director-General. Before then, a SERVICOM assessment of the Passport Service in June 2006 came to pretty much the same conclusions. The Immigration Service seems to lack the willingness to address the issue and appears to have the power to get away with it.

The Vice President, who is the head of PEBEC, should use the power of his office to ensure that they implement these recommendations and that the Passport Service does not continue to get away with the current dysfunction in passport issuance, to the detriment of Nigerians