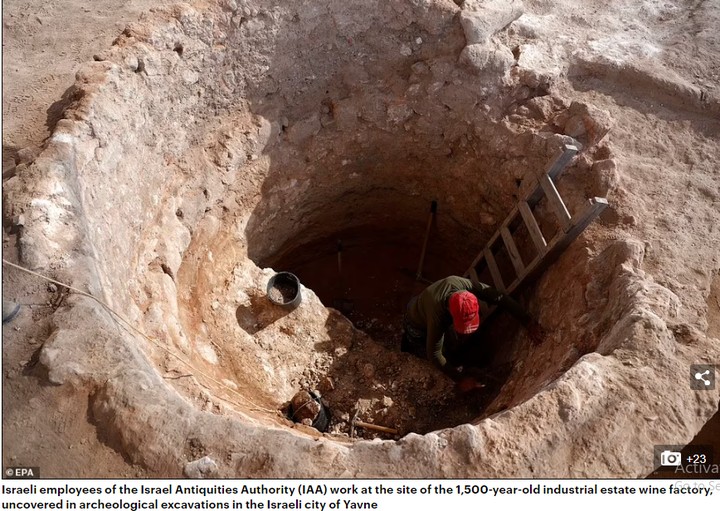 Huge 1,500-year-old wine factory discovered in Israel is the largest known winery in the world from the Byzantine period, and produced two million litres of plonk every year 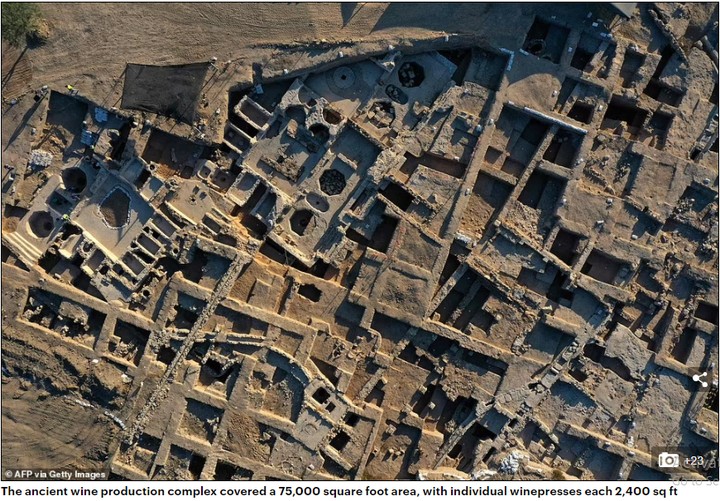 A massive wine factory, dating 1,500 years, has been discovered in Israel, and is the largest known winery ever discovered from the Byzantine period.

The sophisticated facility, unearthed in Yavne, could produce up to two million litres of wine per year, according to the Israel Antiquities Authority. 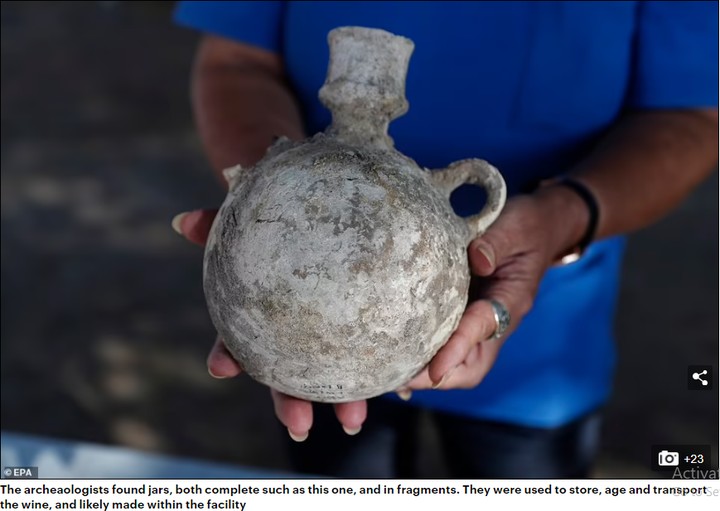 For comparison, the UK as a whole now produces just short of eight million litres per year.

Archaeologists spent two years excavating the 75,000 sq ft site as part of a move from the Israel Land Authority to expand the city of Yavne into the surrounding area. 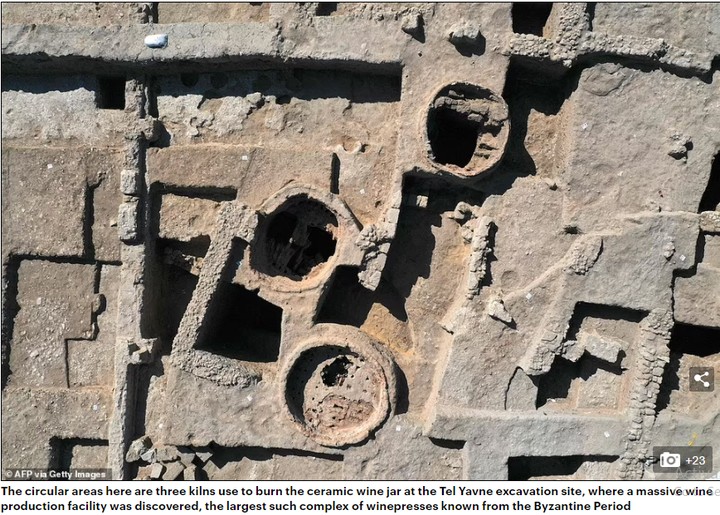 They found five massive wine presses, warehouses for ageing and marketing the wine, and even kilns for firing the clay vessels used to store the wine. 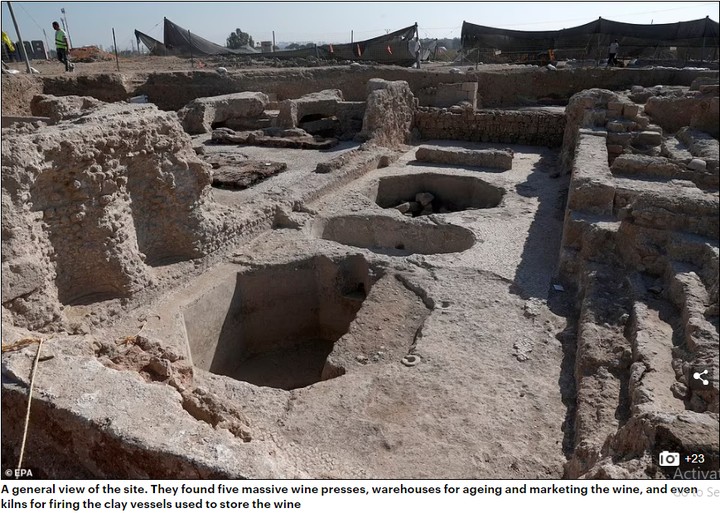 The well organised and structured factory produced the regional wine known as Gaza, or Ashkelon, which was then exported throughout the Mediterranean.

Wine drinking was common for adults and children during the Byzantine period, around 520 CE, due to the poor quality of the water.

The site was located in the central area of Israel and at the time would have been important enough of a region to be on a map alongside Jerusalem.

It was a Christian town with three large churches, but there were also populations of Jewish people and Samaritans in the town at the same time period, around 520 CE.

‘We have been exposing an industrial area of ancient Yavne,’ said IAA archaeologist Dr Jon Seligman, who led the work with Dr Ellie Haddad and Liat Nadav-Ziv.

‘We found remains of other industries, for example producing glass and metal. We also found remains from other periods, such as a house from the 9th century and some other buildings from the interim period between the Byzantine and Islamic.’

The plant includes tens of thousands of fragments and intact earthen amphorae (jars), well planned access between the facilities, and more.

Each of the exposed winepresses covered an area of about 2,421 st ft (225 sq metres), and when the five were combined with two massive warehouses, it made for an imposing industrial region of an important ancient city.

Around the treading floor, where the grapes were crushed barefoot to extract the liquid, compartments were built for fermenting the wine, and next to them two huge octagonal shaped vats for collecting the wine.

‘We were surprised to discover a sophisticated factory here, which was used to produce wine in commercial quantities,’ study authors explained.

Furthermore, decorative niches in the shape of a conch, which adorned the winepresses, indicate the great wealth of the factory owners.

‘A calculation of the production capacity of these winepresses shows that approximately two million litres of wine were marketed every year, while we should remember that the whole process was conducted manually,’ the team said.

Between the winepresses, four large warehouses were discovered, which formed the winery of the factory, storing up the juice as it aged ahead of being sold.

The wine is aged in elongated amphorae, known as ‘Gaza jars’. The jars themselves, some of which were discovered complete, together with hundreds of thousands of their fragments, were made at the site in large kilns.

In its modern incarnation, Yavneh is a relatively unassuming city, sitting about 15 miles from Tel Aviv and a few miles east of the Mediterranean Sea.

It was this proximity to the sea that turned it into one of the most important wine production facilities in the ancient world.

“I Am Tired Of Doing Photoshoots” – BBNaija Sammie

Politician Who Spent Over N1.7million For Son’s Birthday Goes To Facebook To Beg For Money

Man Who Chopped Off Own Penis, Had It Reattached, And Still Has Erections