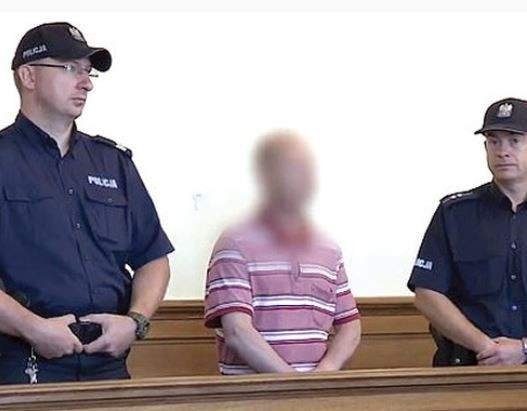 Husband Bags 25-Years Jail Time For Locking Wife In A Basement And Charging Men N2,000 To Rape Her

A man identified as Mariusz Sz has been sentenced to 25 years in prison for imprisoning his wife in a dark basement where she was raped by him and his brothers for a fee. The shocking incident took place in the small village of Parszczyce in Pomeranian, Poland.

The victim, who has not been named in reports, was beaten, starved and repeatedly raped by her husband and allegedly by his two brothers and a friend.

A judge, Marta Urbanska, said that the victim was imprisoned in a cold, dark cellar, in which she was deprived the possibility of taking care of her personal hygiene and the possibility of dealing with her physiological needs under dignified conditions.

Urbanska added, “She was starved, forced to eat meals with her bound hands in a kneeling position. Meals were prepared in a manner that denied her dignity.”

The husband’s two brothers Andrzej and Marian and their friend, Tadeus, have now been charged with raping the victim whilst she was imprisoned and face a minimum of three years and a maximum of 15 years in prison if found guilty, according to Daily Mail UK.

The husband was said to have ‘rented’ his wife out for £4.20 (about N2,000), putting a bag over her head and letting men, who could pay rape her. It is not known how many men raped the victim in total and police are still investigating.

How Funke Akindele Disgraced A Prophet By Giving Birth To Twins

Most Powerful Woman In Music(Beyonce)-Forbes

Tunji Andrews: “The Fitness Industry Is Not Being Entirely Honest With You”