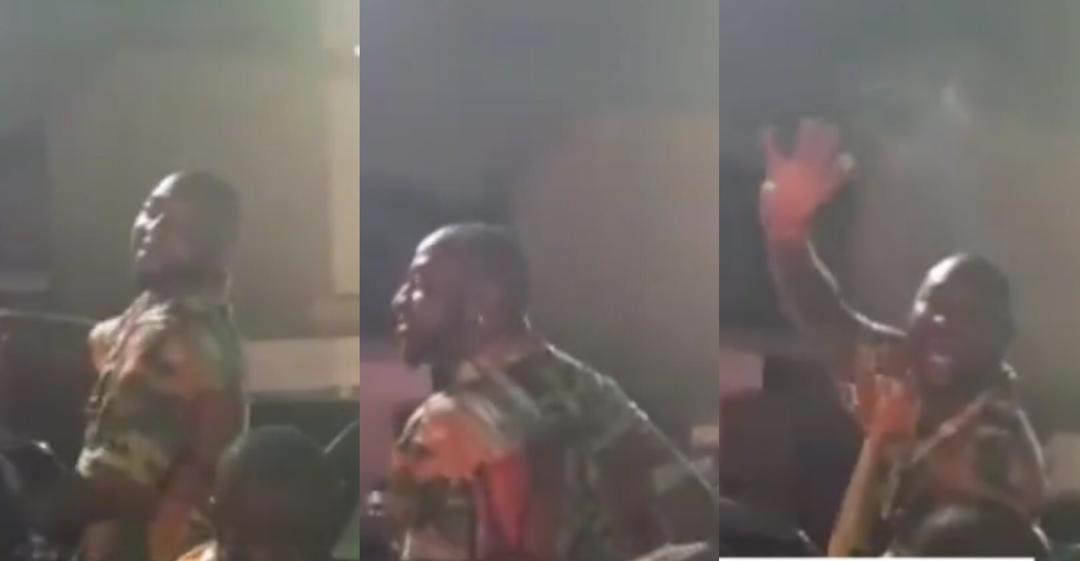 Award-winning Afro-pop sensation, Davido has been seen threatening club management in Ghana where he turned up at with his DMW crew.

Davido was visibly angry after one of his crew members was bounced and prevented from entering the club’s bar with him.
The singer was heard telling the bar owner that he could buy their bar 10 times.

According to the management of the club, the crew member wasn’t allowed into the bar because of what was in his possession.