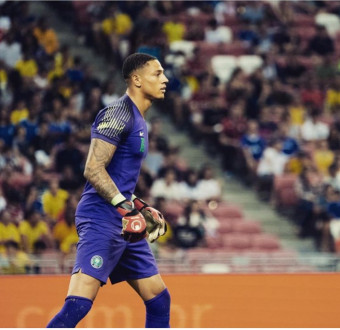 “I Had Many Emotions Going Through” – Super Eagles Goal Keeper, Maduka Okoye

Super Eagles and Fortuna Dusseldorf goalkeeper, Maduka Okoye has revealed he got emotional after making his debut for Nigeria against Brazil at the Singapore National Stadium on Sunday, October 13.

The 19-year-old Nigerian-born German goalkeeper, whose good looks got many drooling when he went viral weeks ago, replaced Uzoho after he suffered an injury during Sunday’s 1-1 draw against Brazil’s Selecao.

Speaking with Omasports, Maduka said: “It was a great feeling, almost indescribable because I had many emotions and feelings going through. I thank God for the team and the opportunity I’ve gotten to play for the national side of our beloved country. I cried after the game. I shed tears when I spoke to my father and brother.” 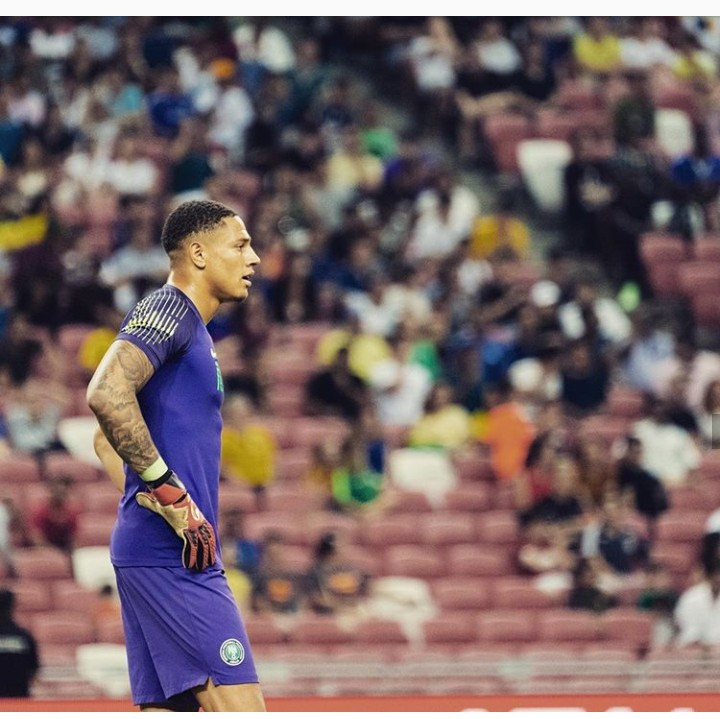 On what it felt like playing against the country of his role model, Dida, a former Brazil, and AC Milan goalkeeper, Maduka said; “I grew up watching Dida, he is a legend in Brazil and AC Milan and I felt great. I talked to Ederson and he is also one of my favourite goalkeepers. It’s crazy being on the same pitch with a goalkeeper you watch his videos on YouTube.”

On the surprising debut for Nigeria, he said: “I didn’t expect to play, I was just sitting on the bench like the last time in Ukraine and I knew I’d have to wait for my chance. I didn’t know it will come so soon but things can be like that.”

On pidgin and its difficulty, he said; “I thought pidgin was easy but it’s a lot more than some words.” 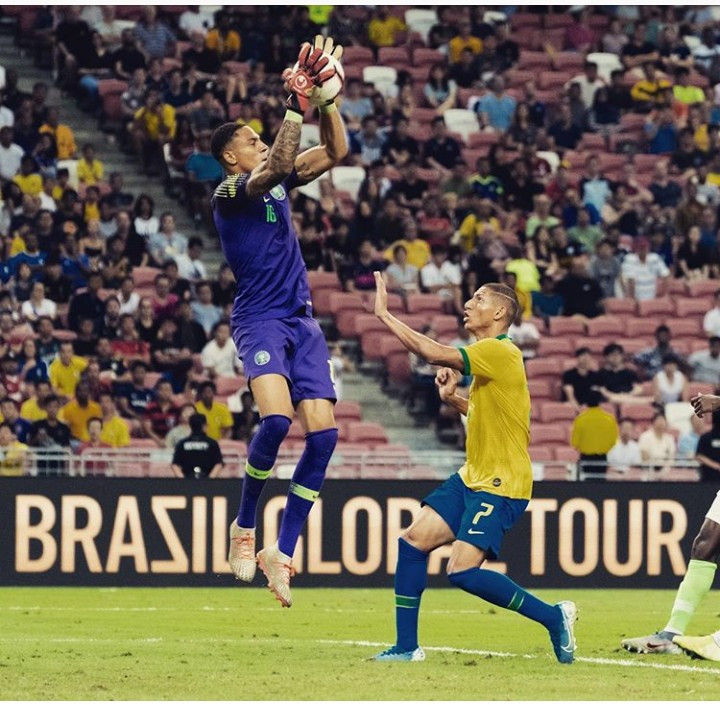 It’s a whole other language. Some of them are teaching me, I hope I’ll be ready to speak pidgin in a few years. I know the basics now.”

He extended his most heartfelt regards to Uzoho over his injury. He said; “I wish Francis the fastest recovery he can get because we push each other in training and he’s a really great guy. I’m sad for him but that’s football and I hope he will come back stronger so he can be back on the pitch.”

On the massive love, he has been receiving from Nigerians, he added: “I have no words for Nigerians, because of the huge love they’ve shown me. I want them to know that I love them and I will do my best to pay them back.”

Dvoice Shares Lyric Video Of His Past On Instagram

Cristiano Ronaldo Gets A 2 Year Ban For This Reason

Ex BBnaija Housemate Recalls On Terrible Accident He Once Survived

Linda Ikeji Reveals The Reason She Ended Poverty In Her Family