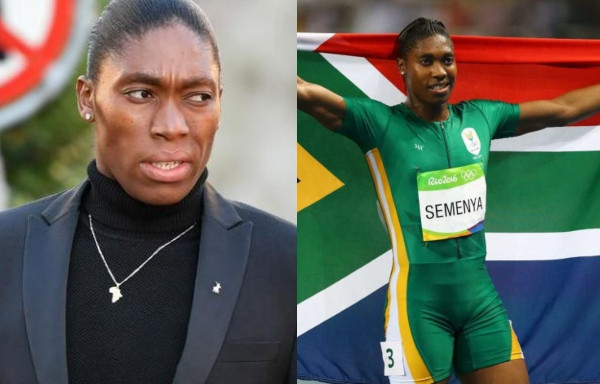 Caster Semenya, the South African Olympic champion banned from competing in world female track and field championships as long as she continues to refuse hormone treatments to reduce her testosterone levels, has revealed that at some point in her career she usually walked into the changing room naked just to prove that she was a girl.

Caster Semenya made the disclosure at the Standard Bank Top Women Conference held at Emperors Palace in Kempton Park on the East Rand. According to her, walking around naked became necessary because her teammates struggled to compete with her.

Also revealing how her humble beginning toughened her up, the athlete said she grew up around boys and had to walk seven miles every single day – the reason she is fast.

“I was always in the bush [training]. Bullies for me never existed because how I responded to them, was way rough. I was one of those young [ladies] that had no fear. I had goals. I knew that everything I touched would turn to gold,” she said.

“My dad thought I was going to be with Banyana Banyana but I disappointed him because I had to sell my soccer boots for spikes instead. He was quite surprised. Running is my destiny. When I’m on track, I forget about everything,” she added.