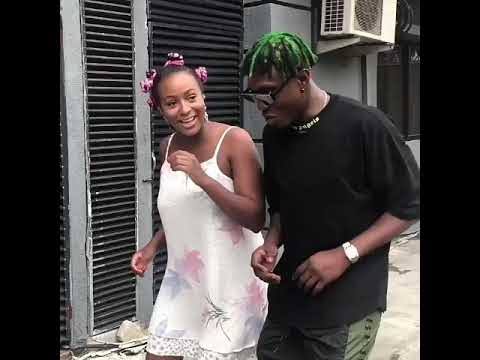 Famous Nigerian female disc jockey, Florence Ifeoluwa Otedola popularly known as DJ Cuppy has taken to her Twitter page to express her concern about the sour relationship between her and zanku king, Zlatan Ibile.

DJ Cuppy on her Twitter page around midnight, Friday, January 8, disclosed that she doesn’t know the reason why she was blocked by the singer.

10 months later and I sometimes still wonder why @Zlatan_Ibile blocked me on WhatsApp and Instagram without ever saying why; we were actually friends 🤷🏽‍♀️ …AND “Gelato” was a hit!

This comes as a surprise as the duo were always thought to be close due to cozy pictures taken of them together at different locations. After their hit song titled Gelato, one could spot close ties between Zlatan and Cuppy as they took selfies together and teased each other on social media.

DJ Cuppy who is the daughter of one of the richest man in Nigeria and famous oil magnate, Femi Otedola, has been noted to maintain her single status after her relationship with Asa Asika – Davido‘s county manager.

DJ Cuppy remains one of the most loved disc jockey in Nigeria due to her personality and social life but her relationship with most celebrities doesn’t seem to last a while. 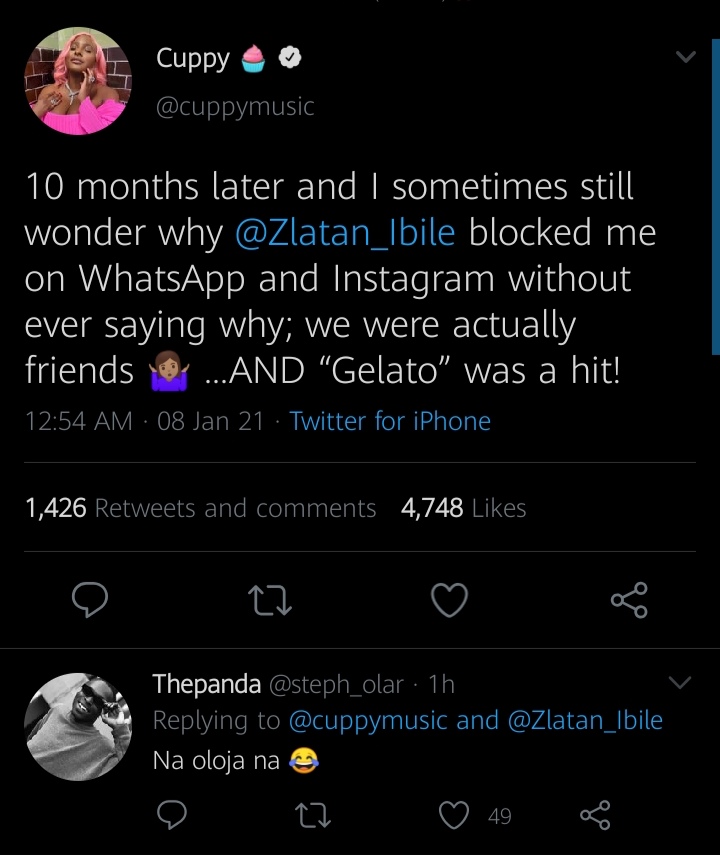