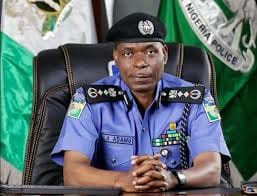 The Inspector General of Police, Mohammed Adamu has placed a ban on operatives of the Federal Special Anti-Robbery Squad (FSARS) and other tactical squads like the Special Tactical Squad (STS) and Intelligence Response Team (IRT) amidst the viral EndSARS campaign.

Police spokesman, Frank Mba revealed the directive given by the IGP in a statement on Sunday, October 4. The statement reads;

The IGP has warned the Tactical Squads against the invasion of the privacy of citizens particularly through indiscriminate and unauthorized search of mobile phones, laptops, and other smart devices.

They are to concentrate and respond only to cases of armed robbery, kidnapping, and other violent crimes when the need arises.

He however condemns every act of unprofessionalism, abuse of human rights and high-handedness by some personnel of the Squads.

He has therefore ordered the X-Squad and the Monitoring Unit to embark on immediate and massive nationwide monitoring of activities of Tactical Squads and other police officers on the road.

They are to ensure prompt arrest, investigation and prosecution of all erring police officers who violate these directives and other extant regulations of the Force.

The Force public relations officer also stated that two FSARS officers and a civilian accomplice have been arrested in Lagos for professional misconduct and extortion. He said;

Two operatives of the FSARS and their civilian accomplice operating in Lagos State, INSPR Sale James, INSPR Monday Uchiola and Okechukwu Ogbonna, have been arrested by the Lagos State Police Command, for acts of professional misconduct including extortion and intimidation of innocent citizens,” he said.

The operational vehicle of the men has also been impounded and disciplinary procedure has already commenced against the defaulters.

This declaration comes in the wake of the outrage over alleged criminal and extra-judicial actions of FSARS officers against citizens in various parts of the country.