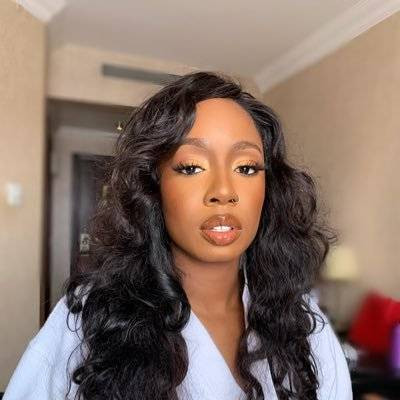 Ex BBNaija Lockdown housemate, TolaniBaj has gone on Instagram to throw shade as she talks on her ambition.

The reality TV star went live on Instagram as she said “I’m chasing money not men” a possible shade thrown at Vee who she has not been on good terms with.

This comes up after Tolanibaj revealed that she likes Neo a lot and would have snatched Neo if he was to be single but she can’t because he is already taken by Vee. She also mentioned that each time she sees him, she controls herself by looking away.

This seemed to have caused an issue between Tolanibaj and Vee.

Vee recently disclosed that Tolanibaj blocked her on Instagram. She also stated that she doesn’t care about who likes her anymore. She said;

I don’t have beef with Tolanibaj. Beef is a word when it’s two-sided. I didn’t block anybody. I didn’t unfollow anybody. She blocked me on social media but I’m not beefing anyone. I intend to be civil if I see her and we have a conversation but one thing I don’t do is force things. If you don’t like me, don’t like me.

Watch the videos below;

We are chasing money not men – #Tolanibaj throws shade