Lady Narrates How A Man Knacked Her To Asthma Attack (Photos) 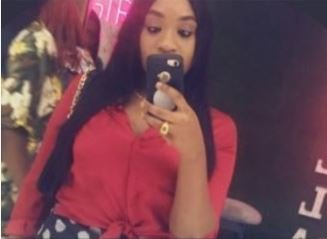 A Twitter user, Louis Agunbiade has raised eyebrows to get recognise after she took to the Twitter to narrate her experience in bed with a man.
She narrated that the man was rough with her such that she had an asthma attack during the sensation. To worsen the case, she claimed she reached for her inhaler and her legs failed her too.

This man knacked me into an asthma attack, tried to stand up to get my inhaler and my legs failed me too….sweet sex with a sprinkle of attempted homicide 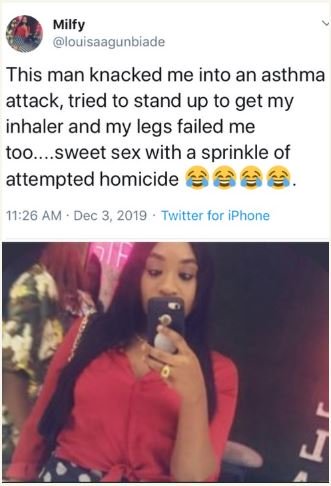