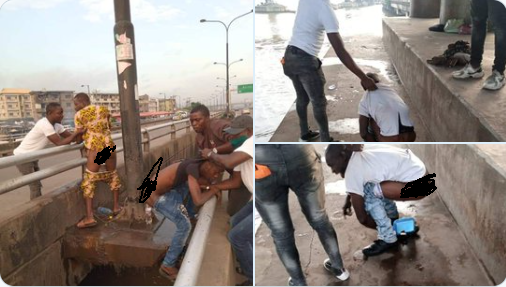 The Lagos State government has arrested some residents of the state for defecating in the open.

The operation which was carried out by the Lagos State Ministry of Environment and Water Resources saw to the arrest of some individuals who were caught defecating in open areas like on Carter Bridge and Illubrin.

Operatives of Anti-defecation unit of Lagos State Ministry of Environment&Water Resources apprehending some residents openly defecating on Carter Bridge and Ilubirin, Lagos Island in contravention of Sanitation laws on Friday.

See the photos below. 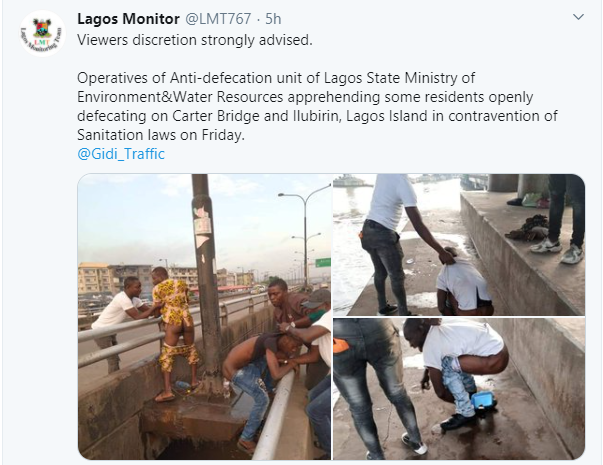 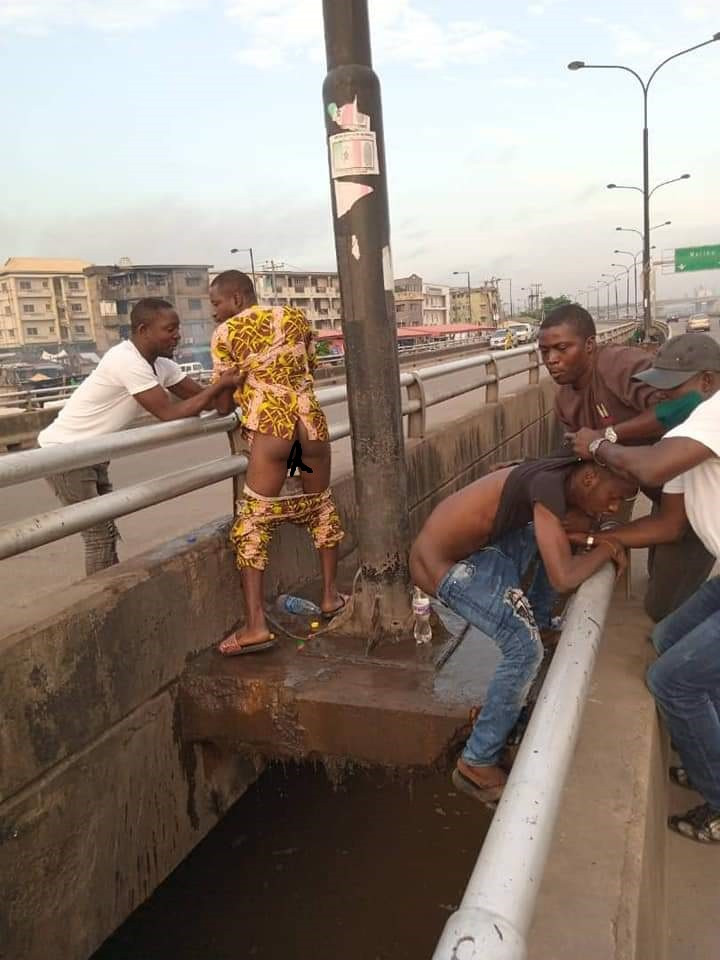