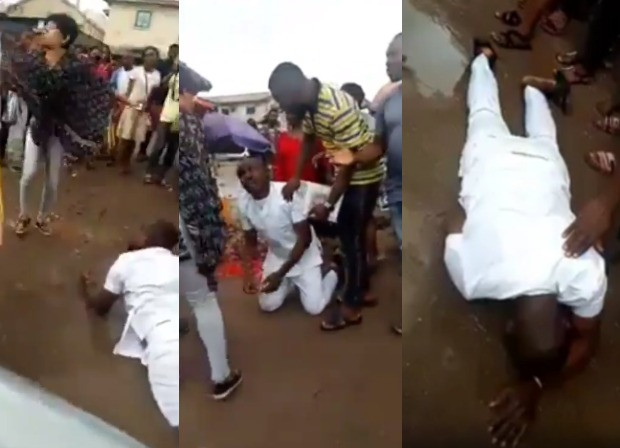 A video has been trending online of a heartbroken Nigerian Man who was seen weeping and rolling in mud after his girlfriend rejected his marriage proposal.

The incident took place at a market in Owerri, Imo State where the love-struck man was seen laying flat on the muddy ground to plead for the acceptance of his proposal as his alleged girlfriend shouts and rebukes him.

See the video below;

his marriage proposal in a market in Owerri, Imo state.