Man Chops Off The Manhood Of His Ex-Wife’s Boyfriend 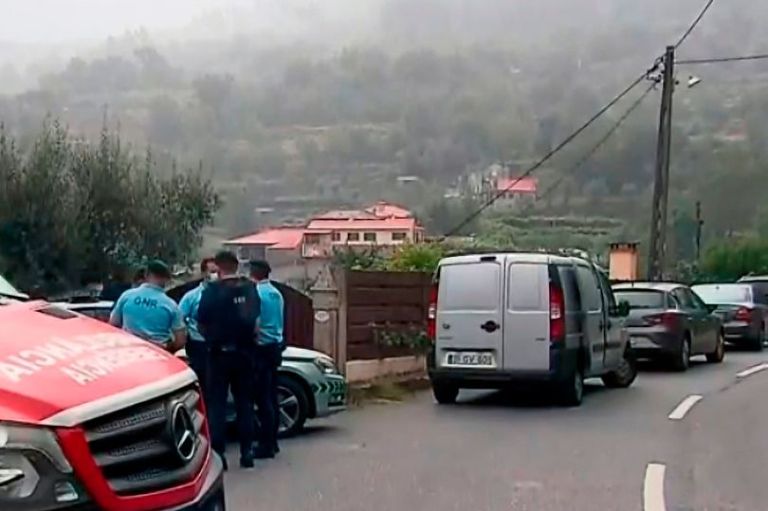 Authorities in a small Portuguese town have set up a manhunt when a traumatized woman managed to set her self free after witnessing the horrific murder of her boyfriend.

The vicious killer tied his ex with electric cables at there home as he forced her to watch while he mutilated her partner’s genitals using a samurai sword.

A thorough search was done throughout the small Portuguese village but was put on hold after the discovery that the sole suspect, named Spaniard Carlos Sande Fidalgo, had ended his own life.

According to local reports, the victim of the mutilation and murder was a 53-year-old man named Luis Miguel Fernandez, a boyfriend to Nuria Rodriguez Gonzalez (ex-wife of the suspected killer).

The unfortunate event occurred when Nuria ex-husband placed a GPS tracker on her, so he could follow her movements following their split earlier this year.

After tracking them, the suspect tied her with an electric cable, as she was then forced to watch as the murder victim had his genitals mutilated for about six hours with weapons including knives and another described as a Japanese sword known as a katana.

Police were alerted after the alleged killer left the property and his ex, who needed hospital treatment for shock and injuries caused by the ties around her wrists and legs, managed to alert the authorities.

It is understood that the alleged killer fled the scene of the crime in his ex-wife’s jeep before deliberately crashing it near the property and switching to a black BMW 740 he owned which was found near the bridge.

In what is understood as a suicide Carlo’s body was found around 10 am on Wednesday by coastguards participating in the search along with the police.