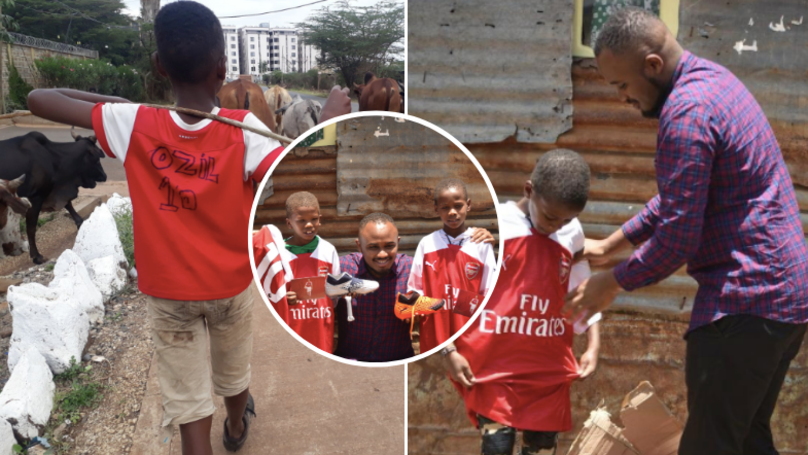 Ozil sends his jerseys to a Kenyan boy in charge of cows after pictures of a fake jersey on social media.

The 31-year-old playing time has suffered greatly under new Arsenal manager Unai Emery but has maintained his charitable works off the field.

According to a report by Eric Njiru a sports journalist in Kenya stated that he met Lawrence a herdsboy in Nairobi while in charge of his cows.

Njiru narrated his experience with Lawrence which brought about his gesture in an interview with Citizen Digital.

He said, “I was coming from the garage, and then I met this young kid with cows on the road. They were blocking the road and I wanted to know what was going on.

“I then noticed he had an Arsenal shirt, and I was surprised…I looked at the back of the shirt and I saw he had written Özil at the back, and he told me he wanted to meet the football star. I found it fascinating and took the photo of his shirt.” 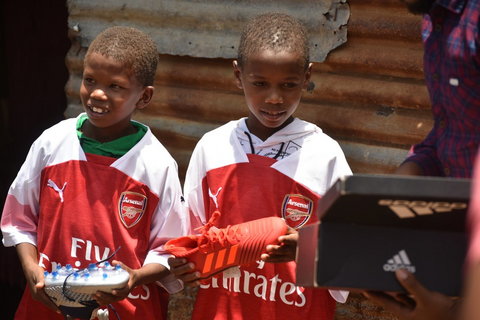 Lawrence and his friend were wearing a replica of Ozil’s Arsenal jersey and the journalist took a picture and tweeted it tagging the German superstar requesting if the boys could get a shirt from him.

His message said, “I saw this kid today grazing in the streets of Nairobi – a city without really grass for cows. He told me he loves MesutOzil1088 so much (You can see his shirt).

“Maybe one day this can reach Ozil and get a real Arsenal shirt.” 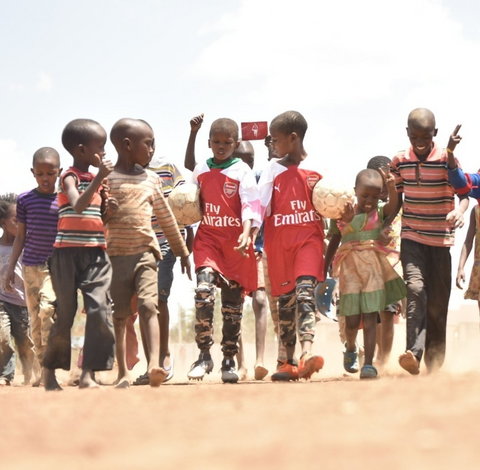 Ozil sent a Lawrence a pair of boots and two original Arsenal home jerseys which he signed.

In his post on Twitter Ozil said, “The picture of a Kenyan boy with a self-made shirt on Twitter touched me so much. And look at Lawrence now – it’s so heartwarming to see him and his brothers happy.”

Lawrence who is passionate about football has finally received the gifts from Mesut Ozil after shipping issues and stated that he is grateful in a report by Citizen Digital.

He said, “I feel very nice, I only watch Ozil on TV and listen to him on the radio. I am truly grateful.

“I am so happy, I didn’t have boots, I usually play with my home shoes, I now have jerseys.”