“My Pussy Is Not Meant For Broke Guys” – Teenage Ghanaian Singer 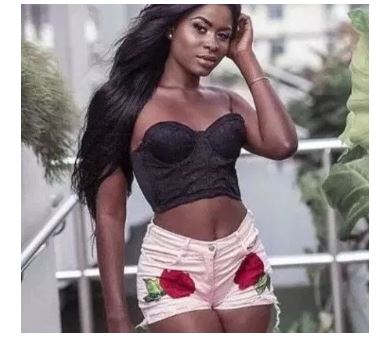 Yaa Jackson, teen star who recently acquired a Range Rover Evoque made this known via a Facebook post.

According to Yaa Jackson, broke people need to stop sending messages to her inbox because she’s only meant for Members of Parliament, President’s, Bank Managers etc.

MY P.USSY IS NOT FOR BROKE PEOPLE.I DEAL WITH MP’S,PRESIDENTS,BANK MANAGERS,BUSINESS MOGULS,RICH FOOTBALLERS… SO THOSE TRUCK PUSHERS IN MY INBOX SHOULD ADVICE THEMSELVES

Miss Pepeye Of Papa Ajasco Gives Reason Why She Left