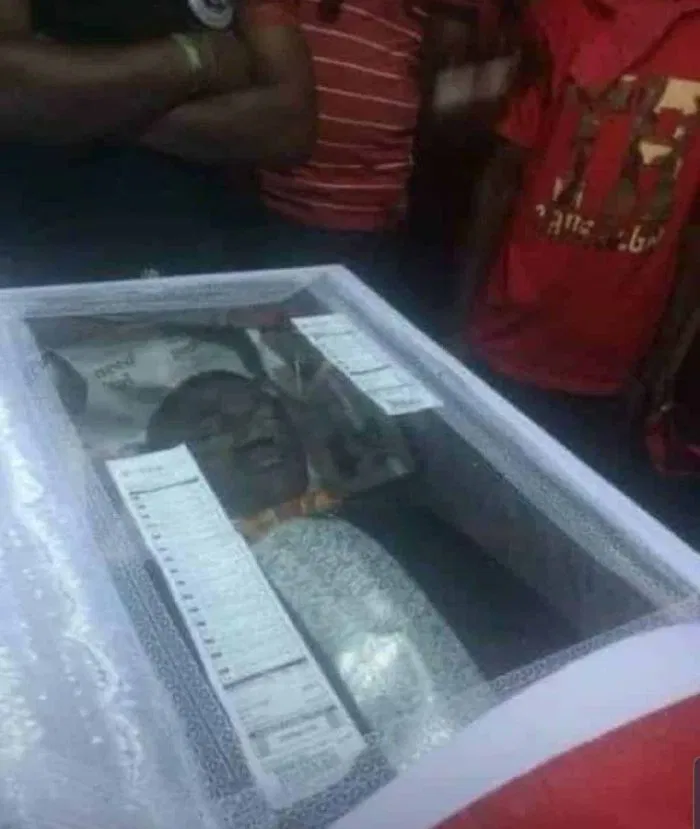 A yet-to-be-identified Nigerian man has been laid to rest together with the Bet9ja coupons which caused his untimely death.

Reports gathered that the deceased who was a Bet9ja player prior to his death, played 2 slips which did not yield the desired result, as they both failed.

He actually played the two slips to get a total income of ₦41.2 Million. One slip for ₦34 Million and the other slip for ₦7.2 Million.

After playing, the two slips cut along the line and the man who couldn’t bear the sad outcome, slumped and died. He has now been laid to rest together with the Bet9ja coupons.

Woman’s Dead Body Made To Stand At Her Funeral

Man Caught His Wife Pants Down With Another Man

A Man Finds New Baby While Burying His Daughter In India

Why You shouldn’t Buy An iPhone