One Arrested As Police Foil Bank Robbery In Lagos 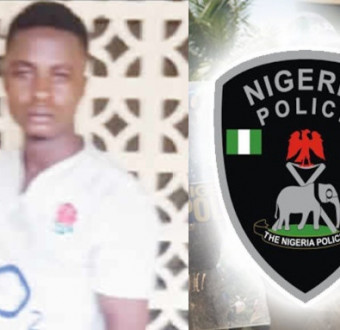 A suspect has been arrested by the Lagos state police command following a failed robbery attack on a bank in Olorunshogo area of Mushin.

Police officers from Olosan Police Station led by the Divisional Police Officer, SP Ayodele Arogbo stopped by the bank robbery which was carried out by the arrested suspect identified as Mahmoud Mohammed and his gang members on September 24 around 3.50pm.

The robbers who retreated with bullet wounds, came on two motorcycles to rob the bank. Four locally-made short guns and 45 pieces of live ammunition were recovered from Mohammed who confessed to being a member of a gang that specialised in robbing banks and their customers in Lagos and other states.

“Once a customer withdraws money from the bank, we will monitor and confirm if it is a huge withdrawal. We will then trail such a person to their house and rob him or her. We have successfully done that on several occasions. Recently, we robbed a woman in Ijegun through the same method, but we didn’t hurt her,” the arrested suspect said.

Confirming the arrest, Lagos State Police spokesperson, Bala Elkana said the Commissioner of Police Zubairu Muazu, has ordered that the case be transferred to the Special Anti-Robbery Squad for further investigation as effort to arrest other members of the gang has been intensified.