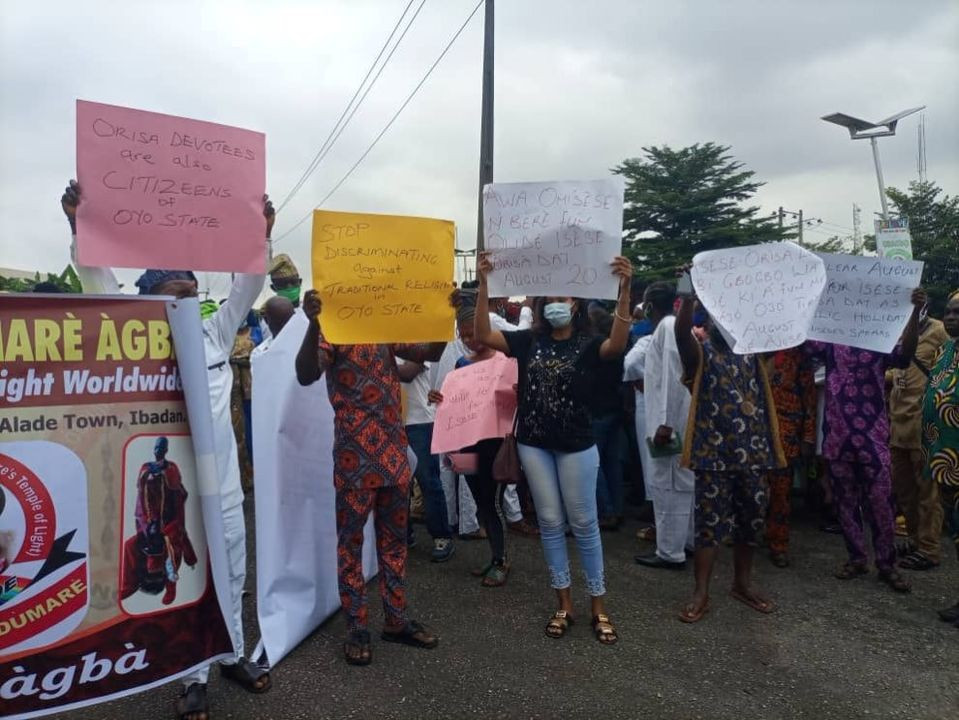 The Traditional Religion Worshippers Association Of Nigeria, Oyo State Chapter, have taken to the street in a peaceful protest to express their dissatisfaction over the prejudice against dieties worshippers in the state.

At about 11 am, on Tuesday September 8 the Traditional Worshippers stormed the Oyo State Government secretariat in Agodi, Ibadan with different placards asking the government to stop the marginalization of the association as they demanded for five holidays.

The General Secretary of the Traditional Religion Worshippers’ Association of Nigeria, Dr. Ifayemi Ifakayode, while addressing the press said the protest was a sequel to the discrimination suffered in the hands of the Oyo state government and the refusal of governor Seyi Makinde to give them an audience and approve public holidays for the traditional worshippers.

Retired CP and executive assistant to the governor on security matters, Sunday Odukoya addressed the traditional Worshippers on behalf of the governor, as he appealed to the protesters to be civil in their agitation and assured that he will deliver their messages to the governor Seyi Makinde. 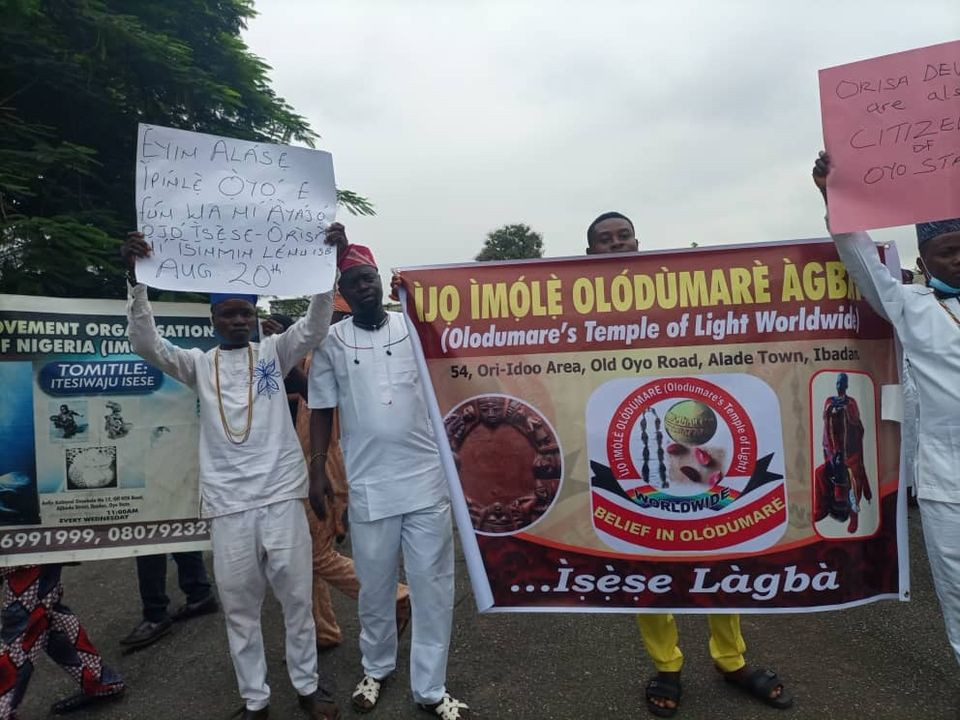