Pep Guardiola Might Leave EPL If The VAR Controversies Continues 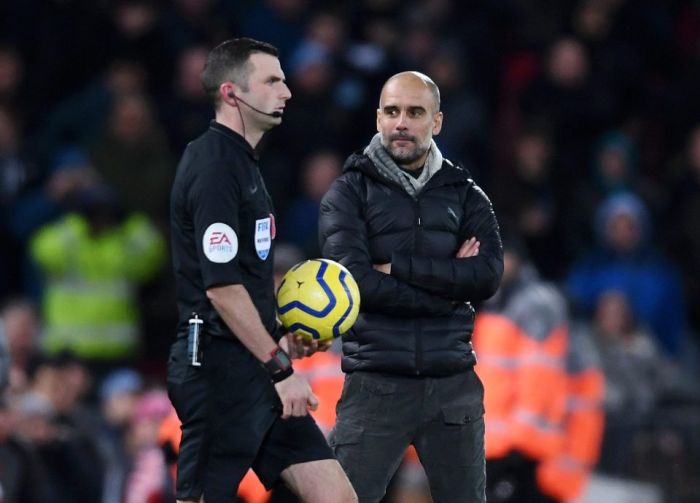 City were defeated 3-1 by Liverpool on Sunday, leaving them nine points behind the leaders.

Pep Guardiola’s men thought they should have gotten a penalty in the early stages of the game, when Trent Alexander-Arnold appeared to handle the ball in the box.

But referee Michael Oliver waved play on, before Liverpool opened scoring through Fabinho.

VAR was used again to check whether Mohamed salah was onside for the second goal, before it was awarded.

There was also a late appeal for a penalty, after Raheem Sterling’s cross hit Alexander-Arnold on the arm.

Pep Guardiola vented his frustrations at the match officials on the touchline and after the game.

“The Premier League has got a fantastic brand and I think it’s been affected negatively by this VAR situation.

“It’s not a better spectacle now because VAR has been brought in.

“Pep wants clarity to what the rules are, because at the moment the fans, players and managers haven’t got a clue. This is my fear, that if this continues managers like Pep and the best players are going to start leaving the Premier League.

“If it continues to be this inconsistent, people are going to start leaving the Premier League and go to different leagues.

“If you want to go to a top club, you look at who the manager is there. That’s how City have got the players they have got – because of Pep.

“Now, if managers start leaving the Premier League because there’s no consistency and it’s a flawed system, I think they’re in danger of ruining what they’ve produced over the last 25 years in the Premier League,” Sinclair told TalkSport.