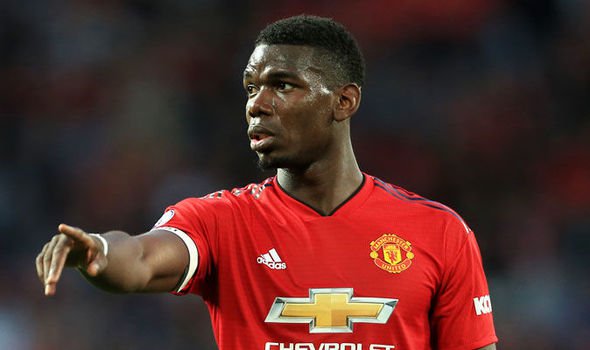 Manchester United midfielder, Paul Pogba, is determined to leave the club and has his heart set on a move to Real Madrid this summer, Marca reports.

Paul Pogba has shone for United in the second half of the season, notching up nine goals and seven assists under interim manager Ole Gunnar Solskjaer.

But the 26-year-old is making steps to force his way out of Old Trafford.

While Paul Pogba was reportedly set on rejoining Juventus in January after a series of bust-ups with Jose Mourinho, it appears he is now holding out for a switch to the Bernabeu.

It is understood that Paul Pogba is ‘serious’ about pushing through a move to Madrid and his agent, Mino Raiola, has been actively searching for the midfielder’s next club for some time.

The report also suggested Zinedine Zidane, who has been given a £300million warchest to spend this summer, is willing to sanction a big-money bid for Paul Pogba.

Solskjaer Says If Liverpool Marks Pogba, It Will Only Create Chances For Others