Police Officer Beaten By Soldiers For Extortion In Aba (Video) 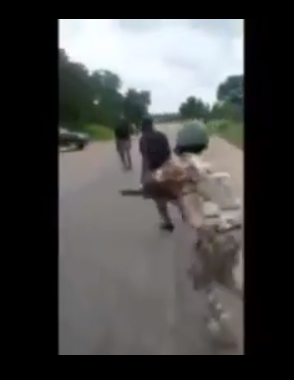 A video has been circulating the internet of a police officer who was beaten up by military men for allegedly extorting motorists in Aba.

It was reported that the police officer and his colleagues were forced to refund those they extorted from after they were caught by the soldiers.

Policeman beaten by soldiers for allegedly extorting motorists in Aba. They were forced to refund those they extorted