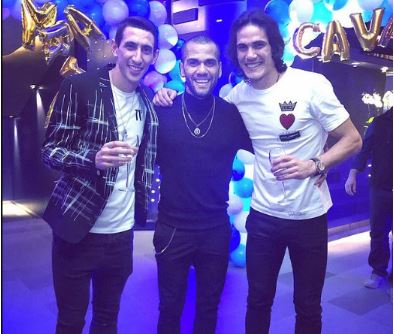 While Edinson Cavani was ruled out of the tie with a hip injury, Angel Di Maria proved crucial in creating goals for Presnel Kimpembe and Kylian Mbappe against his former club.

The French giants will be hoping to finish the job in the second leg at the Parc des Princes on March 6. 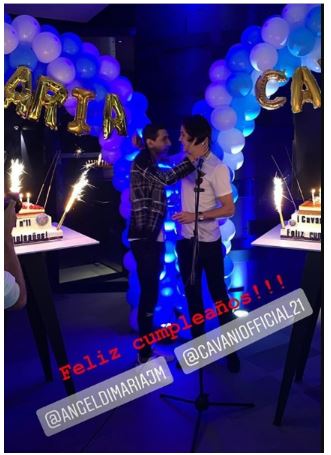 A number of team-mates turned out for the event, including veteran full-back Dani Alves and his fellow Brazilian Marquinhos.

The night featured a live band, as well as large balloon arrangements spelling out the players’ names.

The pair were born a year apart on February 14, with Edinson Cavani turning 32 and Angel Di Maria turning 31.

Neymar Likely To Leave PSG For A New Club