Korede Bello has started the year 2021 with a campaign against rape culture in society.

As is already known, 2020 turned out to be the worst year because there were so many sexual abuse stories in the media. The world almost woke up to rape news that even involved some top celebrities.

In response to the issue, the singer preaches consent to men who participate in rape. He justified his advocacy for a global end to rape culture.

“According to statistics, men are more responsible for unwanted sexual advances, so if we talk to ourselves more about consent, maybe we can lower the numbers”, he said.

The conversation began on Twitter, where he shared a photo of himself with the caption “Real Men Don’t Rape.”

He dropped a new song titled Real Man that serenades women, but his tweet is not for promotional purposes, but to send a message to men. 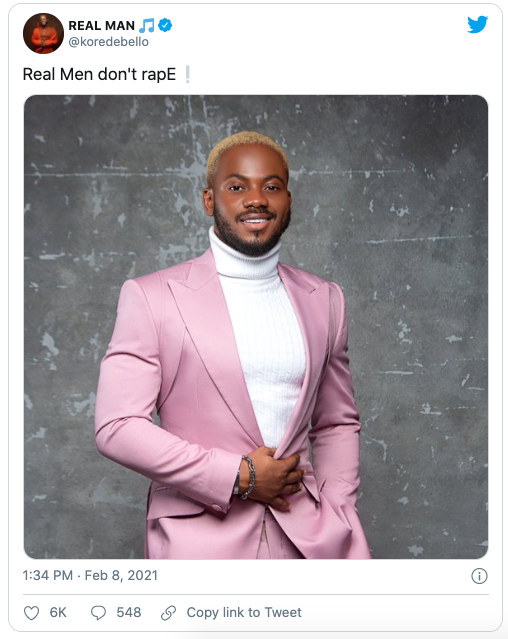