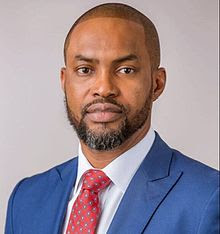 As Nigerians lament the inhumane treatments they experienced in the hands of security agents, particularly the Special Anti-Robbery Squad (SARS) of the Nigeria police, a former minister has also narrated how his friend was extorted.

Osita Benjamin Chidoka who was the minister of aviation in Nigeria under President Goodluck Jonathan shared on Twitter how a friend of his was extorted by some security agents. The tweet: “A friend was stopped by security agents for an offence, after pleading and negotiating they agreed on 10k as bribe. He had no cash with him “The all men crew gave him a woman’s account no for transfer “He transferred. Showed them debit alert and they released him”

In a related development, reports came earlier that a Twitter user with the name Williams Fatayo narrated how SARS operatives harassed, detained, and extorted him of N10,000 to fuel their vehicle.

"If You Dress Indecently In Redemption Camp, You Will Be Arrested" – Pastor Enoch Adeboye