See How Zlatan Reacted After A Fan Said He’s Doing Giveaway To Trend His New Song, Of Lala

A Twitter user slammed Zlatan on Twitter saying his giveaway was a scam and that he wanted to use it to make his new song, Of Lala trend. In his words the music was trash.

Zlatan in response didn’t curse but gave an unusual response to the tweet. He wrote,

Send your account number make I send you 50k Thomas

Another fan in the comment section wrote that if the guy sent his account number that it was sickness he would use it on and Zlatan replied; “You dey vex oo”. 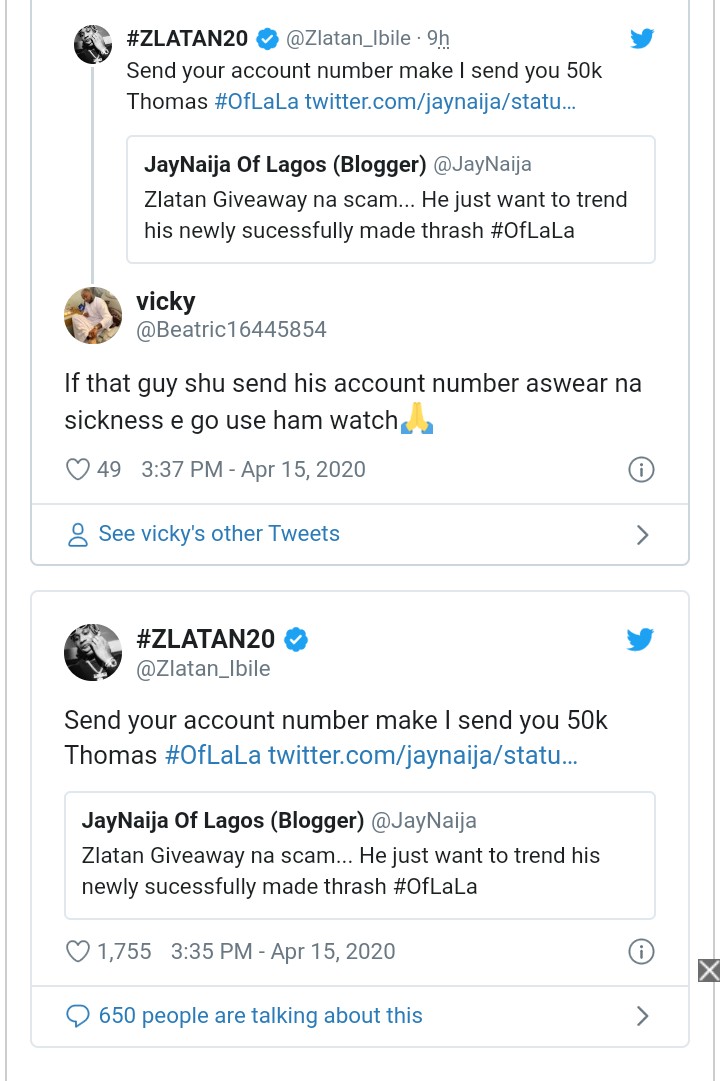