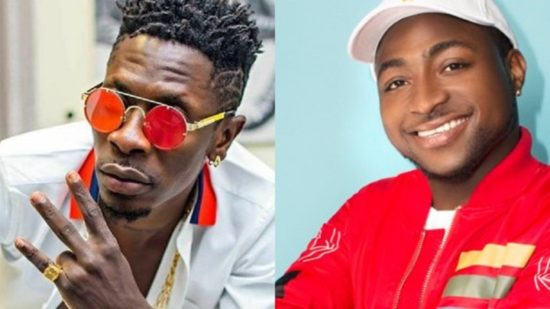 Ghanian act, Shatta Wale sure knows how to get people talking.

The recreated the most iconic scene from Davido’s sold out concert at the O2 Arena; his grand entrance that had everyone talking that period.

Recall that DMW boss Davido made an epic entrance arriving on a suspended platform to rapturous applause from the waiting crowd at the 02 Arena in London, United Kingdom, the venue of his music concert.

Meanwhile, Davido has reacted after Shatta Wale Recreates his grand entrance. He took to Instagram to repost the picture with funny emojis. 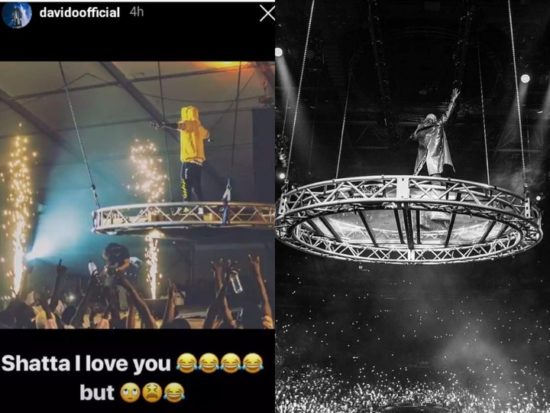 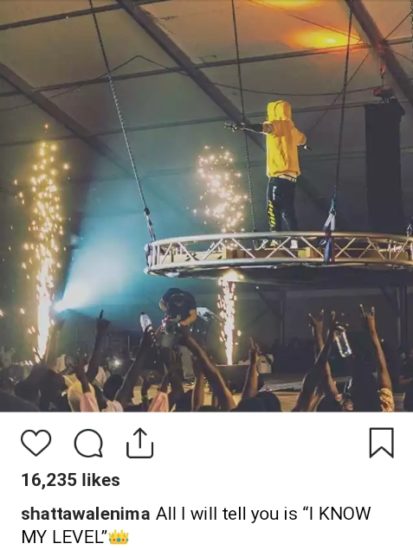